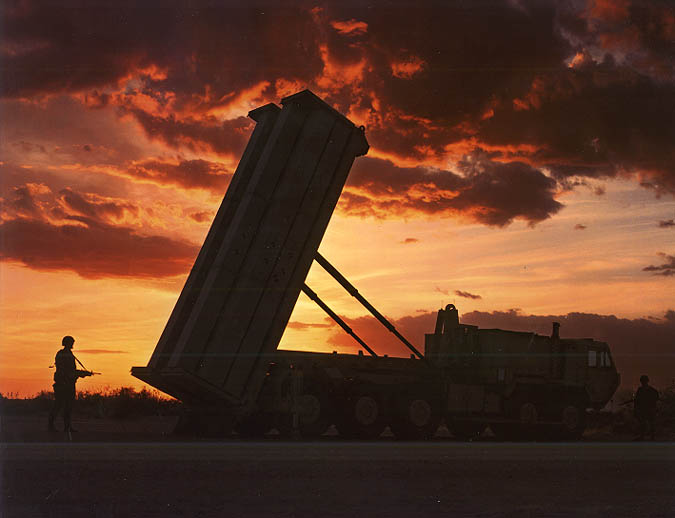 Following Lotte’s decision on Monday, Chinese foreign ministry spokesman Geng Shuang once again warned of potential retaliatory actions, saying “Korea and the U.S. will have to be responsible for the consequences.” (image: Wikimedia)

SEOUL, Feb. 28 (Korea Bizwire) – Lotte’s board of directors approved on Monday a land swap deal with the South Korean military, providing a golf course as the site for a new THAAD missile battery. The deal was signed on Tuesday.

Although Lotte will in return receive a state-owned military site near Seoul, the decision is expected to put a significant portion of Lotte businesses at risk of Chinese retaliatory measures.

Lotte’s business operations in China have been struggling with unprecedented pressure from local authorities, which many saw as Chinese intimidation tactics towards the South Korean conglomerate in its bid to pressure the company to refuse to provide the site for THAAD battery. The Korean neighbor has been strongly denouncing Korea’s commitment to deploy the American system since the decision was announced in July of last year.

Although the Chinese government denied all allegations of retaliation against South Korean businesses, local media outlets have been making critical remarks and threats, promoting anti-Korean sentiment.

On February 21, an editorial in Global Times, a Chinese newspaper, warned Lotte that “it will have to leave China unless it alters its stance (on the THAAD battery deployment),” adding that Lotte’s business operations will continue to suffer over time.

The paper made a similar remark on February 19, cautioning that Lotte’s businesses would suffer a significant impact if the company provided land to the South Korean military. On the same day, Xinhua News Agency released an article condemning Lotte for “playing with fire that would intensify regional diplomacy.”

China’s online communities are also filled with criticism towards the South Korean company as Lotte maintained its position of support for the system’s deployment, with some even calling for a boycott of Lotte products.

The worst-case scenario for Lotte, which has been highly reliant on Chinese consumers – especially with its duty-free outlets – would be if some of these warnings prove to be true.

In 2016, 70 percent of Lotte’s duty-free sales came from Chinese tourists, with the rate standing at roughly 80 percent for non-airport outlets. Given Lotte Duty Free’s sales revenue of 6 trillion won ($5.3 billion) in the same year, it would mean that some 4.2 trillion won in sales will be put at risk if its relationship with China worsens.

Lotte Department Store is rather dependent on Chinese consumption as well, although not to the same extent as Lotte Duty Free. Of the department store’s 15-trillion-won revenue in 2016, approximately 2.5 percent, or 375 billion won, was from Chinese tourists.

The biggest impact, of course, will be suffered by Lotte’s business ventures in China.

Since 1994, Lotte has successfully introduced 24 of its affiliates to China, companies that are currently staffed by some 26,000 employees. The group operates 120 retail outlets, including five department stores, 99 discount stores, 16 supermarkets, and 12 cinemas, in addition to production facilities for Lotte Confectionery, Lotte Chilsung, Lotte Chemical, and Lotte Aluminium –  amounting to an average of 3.2 trillion won in annual revenue.

Together, industry watchers estimate that up to 8 trillion won of Lotte’s business operations could be in jeopardy as a direct result of its decision to support the THAAD deployment, an amount that could end up being even greater taking into consideration ongoing construction projects that have already been, or are expected to be, affected by China’s apparent retaliation.

In December, Lotte’s Shenyang project, an entertainment complex with a department store and movie theater, ground to an unexpected halt after local authorities conducted fire and facility inspections of the area.

Another one of Lotte’s major construction projects is Lotte World Chengdu, a 570,000-square-meter commercial complex that is expected to be completed in 2019.

Following Lotte’s decision on Monday, Chinese foreign ministry spokesman Geng Shuang once again warned of potential retaliatory actions, saying “Korea and the U.S. will have to be responsible for the consequences.”