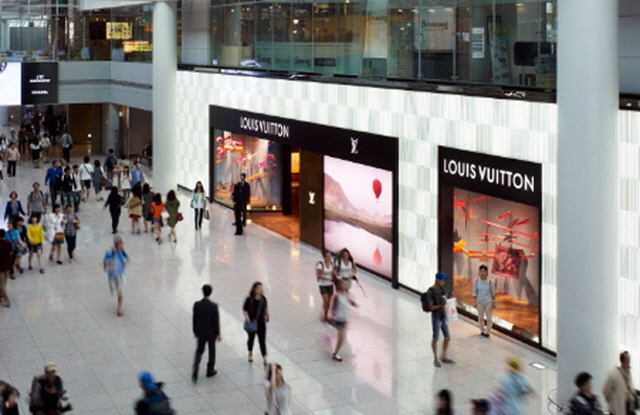 SEOUL, Nov. 13 (Korea Bizwire) — Luxury brand Louis Vuitton has fallen behind its rivals in the South Korean market, with sales dipping into minus territory this year, industry data showed Monday.

Sales at a leading department store for the international fashion house for the January-October period backtracked 5.3 percent. Demand for Louis Vuitton products were down 2.1 percent at another department store during the same period.

Its rivals, Chanel and Hermes, achieved double-digit sales during the same period. Chanel added 11.2 percent and 13.7 percent at the two department stores, while Hermes managed 16.5 percent and 17.1 percent growth, respectively.

The vast popularity of Louis Vuitton in the past and consequent sales have made the brand too common, taking away much of its cachet, a retailer said. “The popularity of its monogram series fizzled out, and there was no succeeding product, which is another reason for the slump,” he said.

Exact sales figures are not available for Louis Vuitton, after its local operator was turned into a privately-held company from a limited company in 2012 when its lack of social contribution compared to its dividend propensity became controversial. Privately-held firms do not have to disclose detailed corporate information, such as donations.

A law was revised recently, however, requiring private companies to undergo external inspections and to disclose financial information, including sales, dividend rates and contributions.