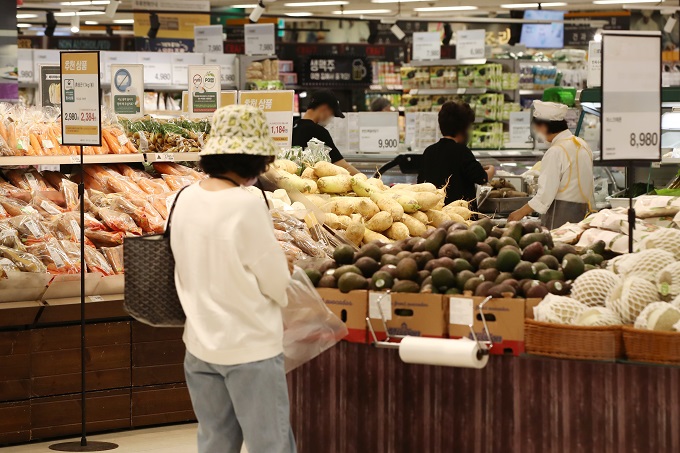 This file photo, taken Sept. 6, 2021, shows a citizen shopping for groceries at a discount store in Seoul. (Yonhap)

SEOUL, March 23 (Korea Bizwire) — Those in low-income groups are bearing a relatively higher inflation burden than those with higher incomes in the era of the COVID-19 pandemic, a local research institute said.

The KERI attributed that to relatively higher growth in the prices of the items accounting for a larger share in the expenditures of the low income earners.

Among the items whose share in the overall spending of the first income bracket was higher than that of the fifth income bracket, the average price of top three items (housing and utilities, food, and health) rose by 3.7 percent on average.

In contrast, among the items that account for a larger share in the overall spending of the fifth income bracket compared to that of the first income bracket, the average price of the top three items rose by a mere 0.7 percent.