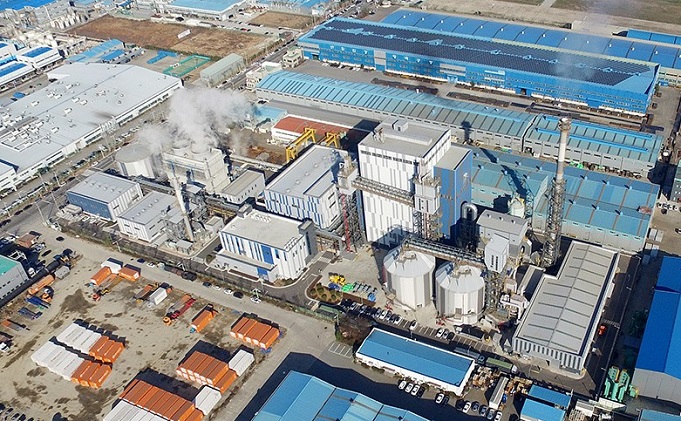 LX International will take over a 63.3 percent stake in Poseung Green Power Co., in Pyeongtaek, south of Seoul, from DL Energy Co. for 95 billion won (US$76.7 million), a deal that was approved by its board earlier in the day, the company said in a release.

A biomass power plant produces steam to run a turbine to make electricity by burning wood waste, like logs, chips, bark and sawdust.

It is considered relatively environmentally friendly, as it emits less greenhouse gas than fossil fuel energy, while having greater efficiency in terms of power generation.

Poseung Green Power runs a biomass power plant in the same city with the capacity to produce up to 43 megawatt-hours (MWh) per hour using as much as 250,000 tons of biomass materials, such as unused wood chips and biomass-solid refuse fuel, according to LX.

That is enough to provide electricity to 100,000 households in Seoul.

Poseung Green Power started commercial operation in March 2018. It generated 42.8 billion won in revenue for that year and around 60 billion won last year.

LX International, formerly LG International Corp., is one of the several companies that were split from LG Group last year.

LX International is engaged in the development and trading of industrial materials, petrochemical products, and electrical and electronic components, as well as mining and logistics.

It has also been expanding its portfolio into the green materials segment, such as biodegradable plastics and biomass energy.