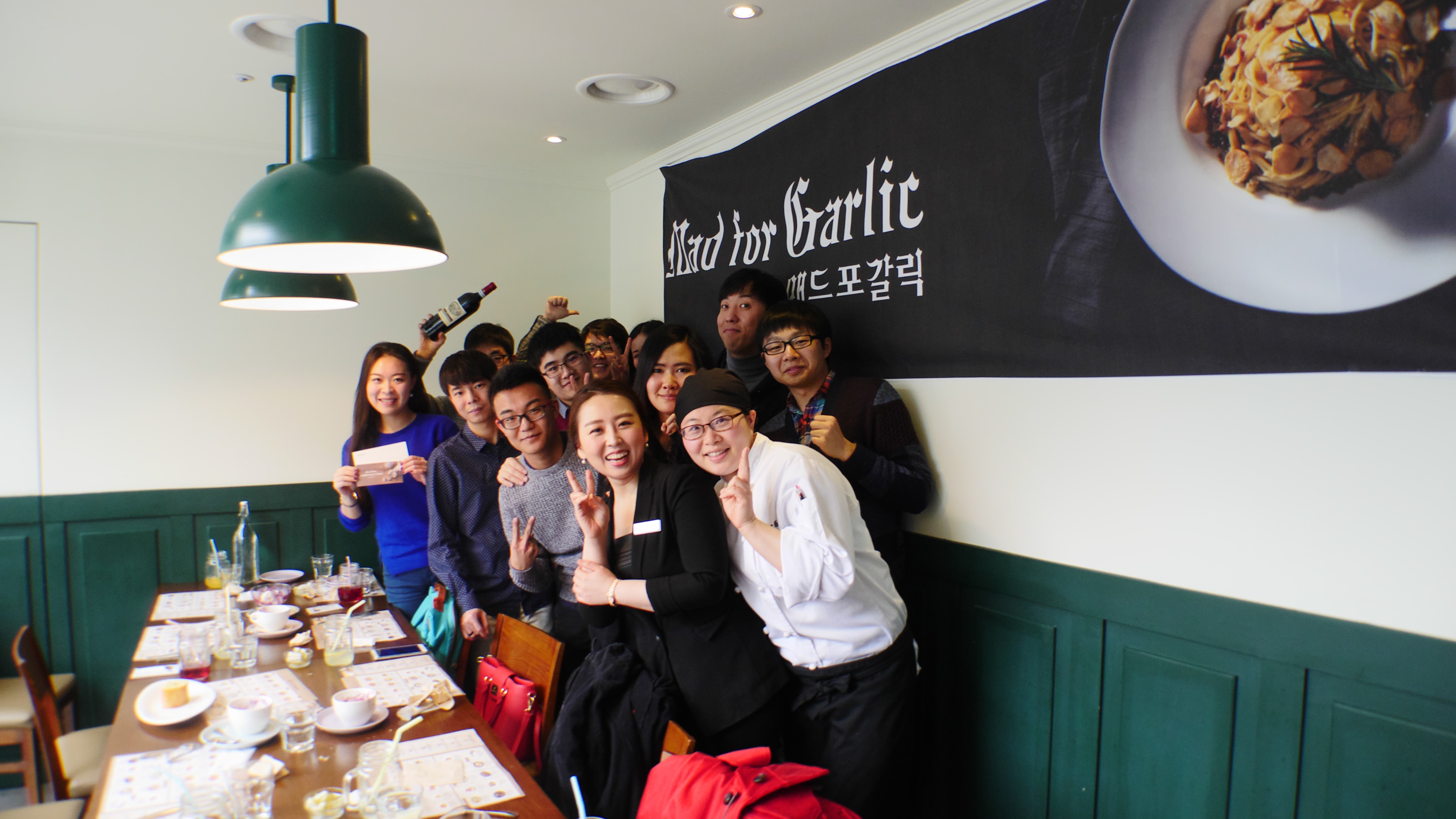 Mad for Garlic prepared a Chinese tradition, hongbao, or red envelopes, which are monetary gifts presented at social and family gatherings in China.(image:Mad for Garlic)

Mad for Garlic prepared a Chinese tradition, hongbao, or red envelopes, which are monetary gifts presented at social and family gatherings in China. The invited Chinese students could enjoy their home country’s tradition that they must have missed in a foreign land.

One of the students said that the party hosted by the Korea’s garlic themed restaurant was delightful at this time of the Chinese Spring Festival, since Chinese love garlic-starring dishes, with China ranking second in the world after Korea in garlic consumption.

According to a report from the Korea Tourism Organization (KTO), the number of Chinese tourists visiting Korea last year was more than 6 million, while the number for this year is expected to reach 8 million. The KTO also expected that the number of Chinese visitors during the Spring Festival alone would be 120,000, which an increase of 30 percent from the same period last year, making Korean companies especially keen to draw Chinese visitors with promotions that appeal to them.