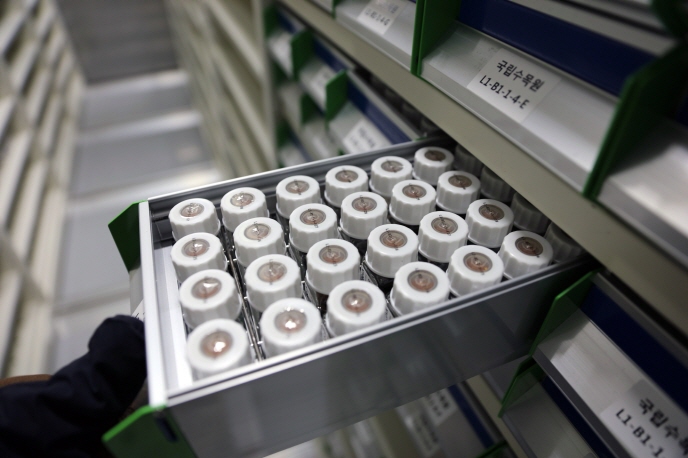 The vault, which has a capacity of more than 2 million seeds, currently houses seeds that have been donated by institutions from all over the world. (image: Baekdudaegan National Arboretum)

BONGHWA, Oct. 4 (Korea Bizwire) — The Baekdudaegan National Arboretum, the nation’s “seed vault,” is adding the seeds of rare plants such as Korean edelweiss, shield leaf rodgersia, and Siberian Ginseng to the vault’s collection.

According to officials, the agricultural technology center in Andong, North Gyeongsang Province signed an MOU with the arboretum that allows the latter to preserve 2,956 seed samples of 1,413 types of plants in its seed vault.

The seed vault at the arboretum was established with the purpose of permanently storing seeds of domestic wild plants that have been threatened by climate change.

The humidity and temperature levels inside the vault are held constant year-round at -20 degrees Celsius and relative humidity of 40 percent or less.

The vault, which has a capacity of more than 2 million seeds, currently houses seeds that have been donated by institutions from all over the world.

Kim Yong-ha, the head of the arboretum, said that the institution will continue to seek partners to expand projects that would ensure the preservation of various plant species.