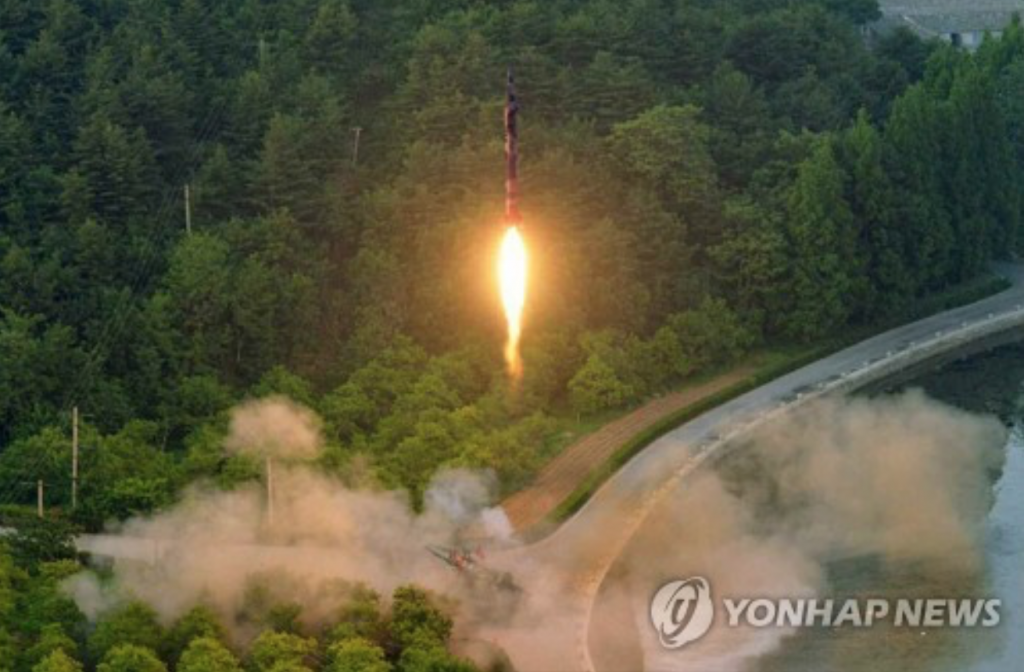 SEOUL, May 30 (Korea Bizwire) – North Korea announced Tuesday it succeeded in the latest launch of a ballistic missile, which it said features a new high-precision guidance system and a quick launch process.

“The ballistic rocket flew toward the east sky where the day broke and correctly hit a planned target point with deviation of seven meters after flying over the middle shooting range,” it said.

The North launched a Scud-type short-range missile early Monday morning from the vicinity of Wonsan along the east coast that flew around 450 kilometers at an apogee of some 120km, according to the South Korean and U.S. militaries.

The KCNA reported the test-launch “verified the flying stability of the missile loaded with the warhead with control wings in the active flying section.”

It also verified “ultra-precision guidance correctness in the re-entry section,” added the KCNA.

Inspecting the launch, Kim compared the missile to a “sniper’s rifle” for its capability of striking targets both on the ground and at sea including enemies’ warships.

He also expressed satisfaction with the “automated launching preparation process” for a speedier missile launch.

Kim was quoted as ordering the “continued development of more powerful strategic weapons” based on the success.

The new missile was unveiled at a massive military parade held in Pyongyang in April to commemorate the birth anniversary of the late founding leader Kim Il-sung.