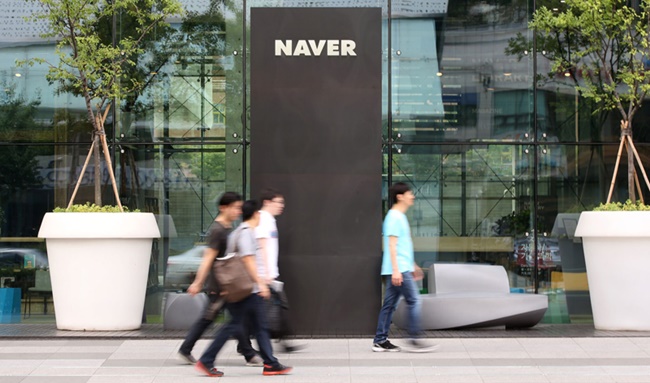 The web portal giant’s new reorganization plan will limit the number of comments left by the same account, but the company opted out of ‘outlinks’, which send readers directly to news websites, instead of showing articles on its news page. (Image: Yonhap)

SEOUL, Apr. 25 (Korea Bizwire) — Naver will not introduce direct links to media outlets for its news service despite concerns over public opinion rigging and fake news.

The web portal giant’s new reorganization plan will limit the number of comments left by the same account, but the company opted out of ‘outlinks’, which send readers directly to news websites, instead of showing articles on its news page.

The move is expected draw criticism as Naver has been accused of being complicit in spreading fake news and rigging public opinion.

Naver is the most popular web portal in South Korea, which means its news section can generate a significant amount of advertisement revenue for the company.

As the system prioritizes most-viewed articles, Naver has been focusing on keeping users on its website as long as possible to maximize profits, leaving room for technological interference in the comments section and possibly enabling public opinion rigging and the spreading of fake news.

Following criticism over its lack of action, Naver has introduced a reorganization plan to reform its comments section, including plans to limit the number of comments left by each account as well as the daily number of likes and dislikes for comments.

Under the new restrictions, each account can only respond to 50 comments per day, making it difficult to rig opinions in the comments section of Naver’s news page.

In addition, users will no longer be able to leave more than one comment within 60 seconds, much longer than the previous 10 second interval.

At the same time, likes and dislikes for comments will also have a 10 second interval to protect the comments section from being influenced by political interest groups.

Despite the changes, many worry the lack of outlinks in the reorganization plan could still result in the comments section of Naver’s news page being politicized.

The web portal giant previously faced calls to introduce the outlink feature for its news service, sending users directly to media outlets and reducing the risk of opinion and keyword ranking rigging like Google.