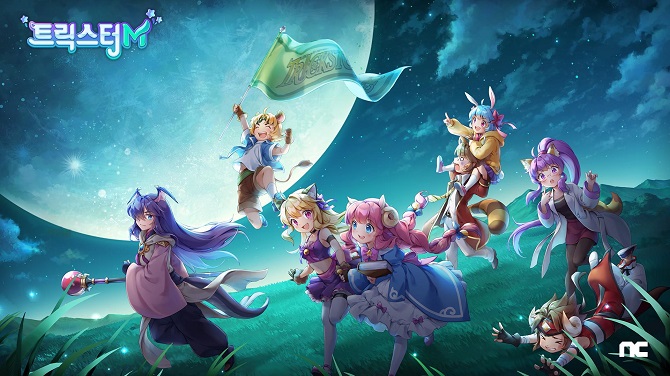 An image of Trickster M by Ntreev Soft Co., a subsidiary of South Korean online game developer NCSOFT Corp., provided by the company.

“Trickster M and Pangya M are scheduled to be rolled out in the country within this year, with the global launch set for later,” Lee Sung-koo, a lead producer of the games, told reporters in Seoul.

Trickster M is a mobile edition of its flagship MMORPG title, “Trickster,” that was serviced between 2003 and 2014.

The fantasy mobile edition will also present 2-D graphics like the original version and will provide a new technology that allows players to enjoy the “seamless world.”

Pangya M is based on the global-hit golf-themed Pangya that features arcade-style gameplay, allowing players to compete against each other in online matches and tournaments.

Players can tee-up on the magical island of Pangya, where they can choose from a number of characters and items.

“We call Pangya, a sports RPG, while the original Pangya is more of a casual sports game, as there are more fantasy elements in the new version,” sad Roh Woo-young, a lead game developer of Pangya M.

Pro Baseball H3 is the country’s first management game that puts a player in the position of a club owner of a baseball team.