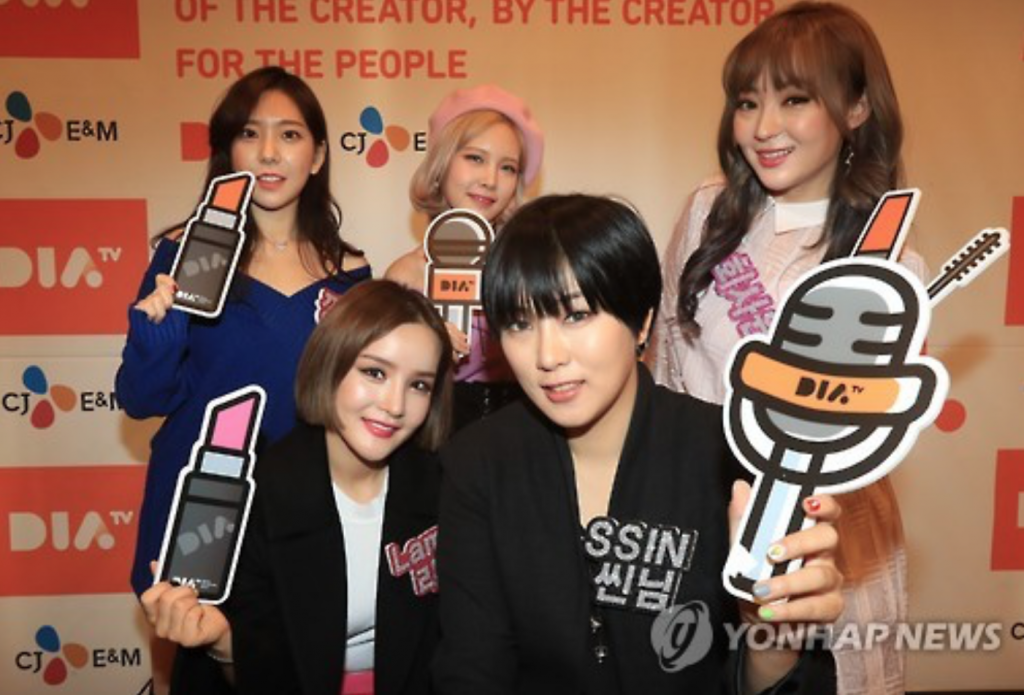 Five content creators pose for a photo at a press conference promoting the upcoming launch of cable channel DIA TV at the Korea Press Center in Seoul on Nov. 23, 2016. (image: Yonhap)

South Korea’s leading content and media company CJ E&M plans to make that a reality by creating a cable channel dedicated to such shows and the creators who produce them.

It will be called DIA TV, an acronym for Digital Influence & Artist TV, and launch on Jan. 1, with a large lineup of entertainment programs on topics ranging from games and beauty to children’s shows and music.

“We plan to create an ecosystem where creators can grow and focus on creating,” Hwang Hyung-jun, general manager of DIA TV, told a promotional press conference at the Korea Press Center on Wednesday. “Until now, the one-person media market has been limited to online-based platforms. The public profiles and production capabilities of creators have grown beyond our imagination, and we think it is time for them to advance into the broadcasting market.”

The channel will target the so-called C generation, or the content generation, which is comprised of active users of social networking services between the ages of 16 and 29.

A key feature will be a two-hour live program that will run daily from 8 p.m. to 10 p.m. to increase interaction between the program hosts and their viewers.

DIA TV will take over the OCN series channel, which currently broadcasts to some 15 million households.