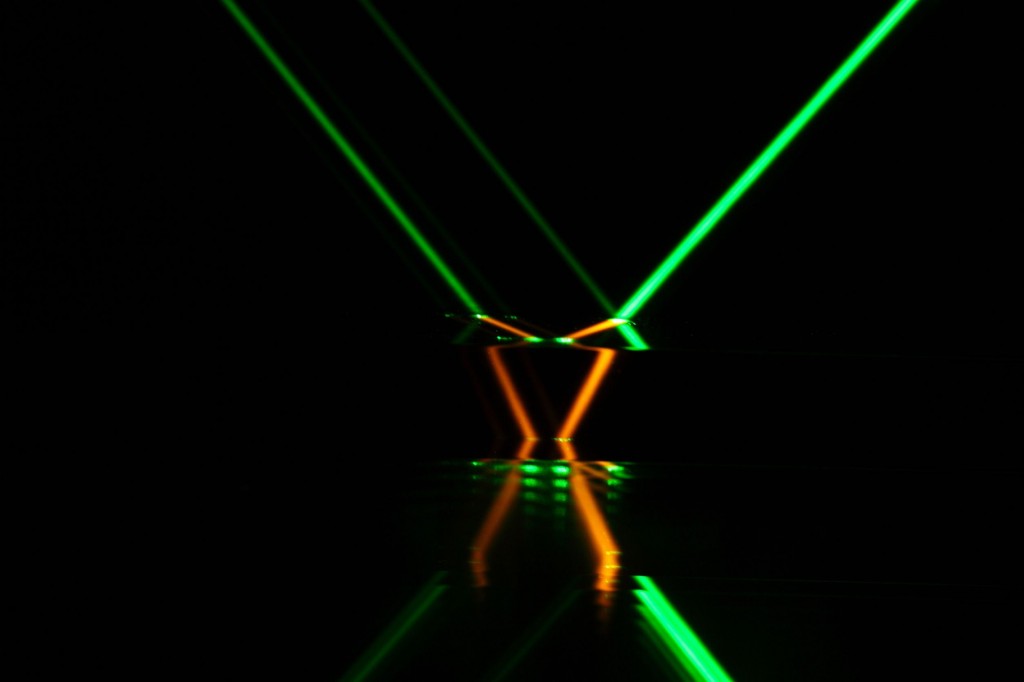 By overlapping two separate laser beams, the team was able to inscribe roughly 100 10-micrometer (millionth of a meter) lines in just 0.1 seconds. (image is not related to this article)

According to senior researcher Noh Ji-whan, by overlapping two separate laser beams, the team was able to inscribe roughly 100 10-micrometer (millionth of a meter) lines in just 0.1 seconds. Such miniscule engraving, which was previously difficult due to the diffraction limit of laser beams, was made possible through the team’s elaborate optical design, he said.

In line with its new technology, the team also developed a device that identifies the pattern of tiny engravings, which can be placed at stores for an immediate appraisal of the product’s authenticity.

Officials said that while serial numbers, QR codes, and hologram labels are frequently used to prevent or identify a product’s validity, technological advancement has given rise to methods of defeating the preventive measures – urging calls for new anti-counterfeit technologies.

“We expect our technology to reduce the risks of distributing counterfeit products, and help sustain a healthy market system,” said Noh.

The team’s research findings were registered as domestic patent, and an application has also been filed with relevant authorities in the U.S. The institute is currently planning the commercialization of the product in partnership with a Korean SME, Dukin Co.