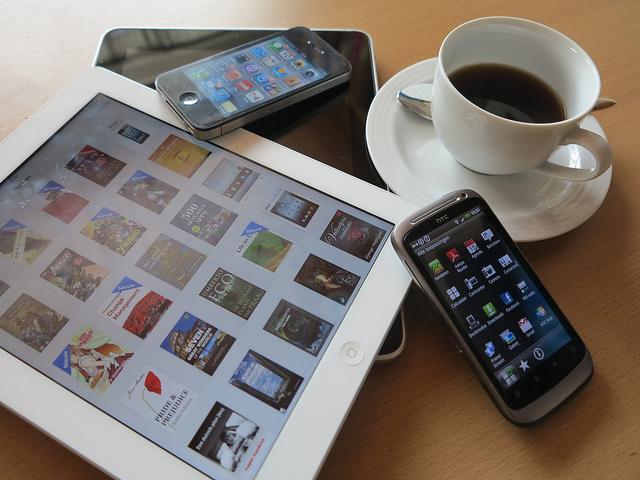 International phone brands such as Apple, Sony, and Huawei might make the most of their chances after South Korea’s transformative new law. (image: FotoBIB/flikr)

SEOUL, Sep. 27 (Korea Bizwire) – The Korean smartphone market, once considered a “graveyard” of foreign brands, is showing signs of a sea change ahead. In time for the mobile phone handset retail structure improvement law taking effect from October 1, overseas phone brands such as Apple, Sony, and Huawei are getting ready to put up a big fight against the incumbents like Samsung and LG.

That’s because the newly introduced law guarantees that the customers who buy foreign brands can get as much handset subsidy as domestic-made ones.

The change is not just restricted to high-priced models only. It is expected to affect lower-priced models and those phones–new or used–bought separately and opened in retail stores as well.

Up until now, most users have purchased phone handsets in a place where they open their accounts as that’s how they got device subsidies up to 270,000 won. Once the new law is in effect, however, phone handset retailers will be able to offer discounts in monthly charges instead of one-time device subsidies. 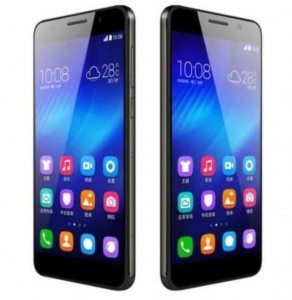 That prospect scares domestic smartphone suppliers as it would benefit mostly Chinese phone manufacturers such as Huawei, Xiaomi, Lenovo and ZTE.

Indeed, the Chinese makers have already offered high-spec models at the price range of 300,000-500,000 won to lure budget-conscious shoppers. Some of the Chinese brands that have no physical presence in Korea will make available their models on online shops.

In addition, mobile virtual network operators (MVNOs) that have so far languished in obscurity due to the domination of the top-three telecom service operators will likely get a new lease on life as they can offer lower monthly rates combined with dirt-cheap device prices.

For example, MediaLog, an MVNO, will begin selling Huawei’s “Honor 6″ model from the next week. The Honor 6, which comes equipped with a 5-inch HD display, 3-GB RAM, and 3100-mAh battery, is almost identical to highest-spec phones of LG and Samsung. In contrast, its price will be set at around 400,000-500,000 won, only 60 to 70 percent of Korean-made phones.

Another MVNO CJ HelloMobile will also join hands with China’s Xiaomi to offer handset discounts. Sony is also eyeing the Korean market by introducing the “Xperia Z3″ on September 29. Unlike in the past when the Japanese company launched the Xperia Z1 and Z2 in Korea with an interval of more than six months from global launch dates, this time around it moved up the schedule at almost the same time as all other markets. 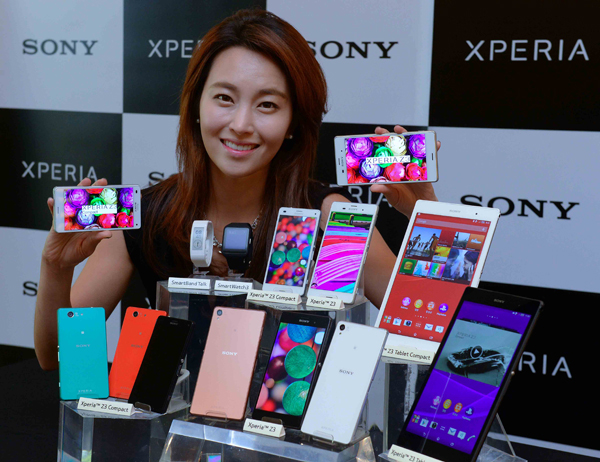 International phone brands such as Apple, Sony, and Huawei are getting ready to put up a big fight against the incumbents like Samsung and LG. (image: Sony Korea)

Although the new law was intended to remedy the current situation in which most of the benefit of phone subsidies goes to those opting for most expensive monthly rate plans, Internet discussion boards are replete with complains from potential customers who said the unfair nature of the subsidies would not change.

A community site member said, “The best way to cope with the situation would be buying a low-priced foreign brand every six to eight months. Until now, the problem was some people buy cheap and many others buy dearly. With the new law in place, now it’s like everyone buys dearly and that’s the government’s idea of fairness.”