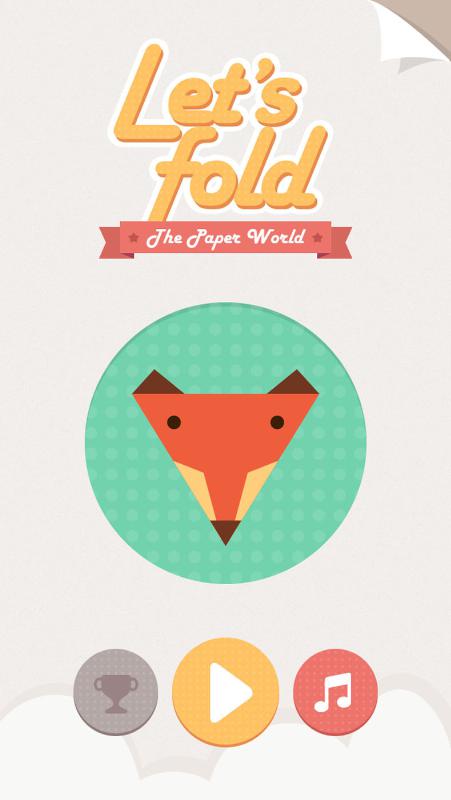 SEOUL, South Korea and CHATTANOOGA, Tenn., June 18, 2014 (Korea Bizwire)– One of South Korea’s leading mobile gaming companies, FiveThirty, Inc., is bringing their acclaimed Origami game “Let’s Fold” to the United States. “Let’s Fold” revolutionizes the ancient art of origami by giving players the ability to have fun and challenge themselves with each new game while practicing mind-stretching techniques whenever they have a mobile device in hand. The App is available for download from the iOS App Store.

“Let’s Fold is the perfect blend of the logical beauty of origami and the classic puzzle game,” said Sanghwa Chung, one of the co-creators. “It gives people both that warm sense of creative pride that comes with completing a little work of art, and the satisfaction that comes when you solve a brain-teaser which really sets it apart from other games.”

Origami, the art of paper folding, has revolutionized how people conceive of the possibilities contained in a single piece of paper since it’s origins in 17th century Japan. Now, with Facebook and social media connectivity “Let’s Fold” is bringing exciting competitive elements to origami, making the solo artform suddenly social. Players can create custom puzzles for their friends to solve, compete for high scores on solo challenges, and even help each other complete levels.

With ever more levels and continuously expanding gameplay, “Let’s Fold” is the best origami game on the market. Its intuitive user interface, playful design and scaling difficulty make it a delight to users of all ages and skill levels.

The new iOS ‘Let’s Fold Collection’ release features a clean, simple interface with engaging puzzles that give you that “Aha!” moment when you complete each lovable character. It’s an adorable addition to the already cute conceptual world that “Let’s Fold” has created.

“Going forward, ‘Let’s Fold’ will give players the chance to build their own unique character collections, print characters, and learn the art of origami while enjoying the puzzle aspect of the game as well,” Chung said. “I believe that by combining the mobile and offline approaches, we’ll be able to really become a truly global platform for spreading the wonderful art of origami.”

FiveThirty has plans to launch updates for the game throughout the coming months. ”The goal is to launch a World Version of ‘Let’s Fold toward the end of the summer,’” Chung said. “The biggest change for the new version will be the inclusion of a tool that will allow users to create their own shapes and share their own origami challenges on the ‘Let’s Fold’ global platform. It’s going to be epic.”