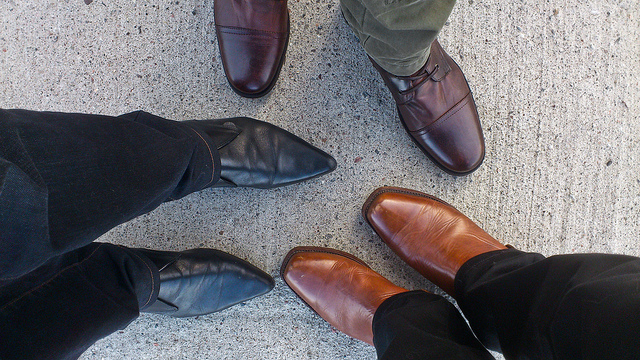 The underlying causes of Hallux valgus, characterized by big toe deviation, are deemed to be genetic or acquired by wearing tight shoes. (image: Theleom/flickr)

According to a report from the National Health Insurance Service (NHIS) published on March 1, 84.7 percent of individuals diagnosed with Hallux valgus from 2009 to 2013 were women. However, the annual growth rate of Hallux valgus diagnosis in Korean men was 13.1 percent, more than double the rate for Korean women, which was 6.8 percent.

Korean men in their twenties and thirties were the age groups that showed the most drastic increases in annual growth rate at 100 percent and 70 percent respectively, while women in their forties actually experienced a 4.4 percent decrease.

The underlying causes of Hallux valgus, characterized by big toe deviation, are deemed to be genetic or acquired by wearing tight shoes.

According to Professor Park Min-Jung from the orthopedics department of the NHIS-run Ilsan Hospital, Korean men are more frequently diagnosed with Hallux valgus due to an increase in fashion awareness that leads them to force their feet into tight dress shoes rather than sneakers, while Korean women are increasingly choosing to wear more comfortable shoes.