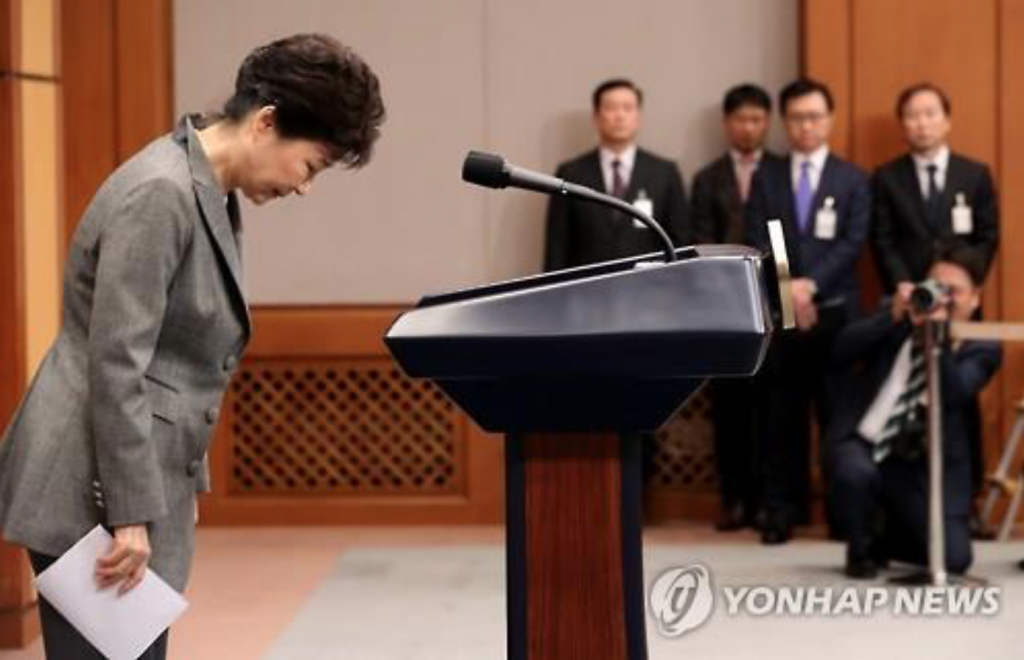 President Park Geun-hye bows after her address to the nation at the presidential office Cheong Wa Dae in Seoul on Nov. 29, 2016. (image: Yonhap)

SEOUL, Nov. 29 (Korea Bizwire) – President Park Geun-hye on Tuesday called on the National Assembly to determine her fate, saying she will step down in line with a timetable and procedures reached by political parties that can minimize any confusion arising from the unexpected transition of government.

During Park’s third address to the nation over the corruption scandal centered on Choi Soon-sil, the embattled president renewed her apology, saying her heart aches due to her inability to alleviate public disappointment and fury. State prosecutors have charged the president as being an accomplice to the wrongdoings carried out by her friend of 40 years.

“I will entrust the National Assembly with (the task of) making decisions on issues, including the shortening of my presidential term,” she said during the five-minute address. Her single, five-year term is due to end in February 2018.

“If the ruling and opposition parties devise a method to minimize any confusion or vacuum in state governance and ensure the stable transition of government, I will step down in accordance with the timeline and legal procedures,” she added.

The political scandal, which was brought to the fore late last month, has left her leadership in tatters and state governance in disarray, and triggered nationwide calls for her immediate resignation.

Her address came a day after some of her staunch loyalists recommended that Park step down in an “honorable” manner rather than be forcefully ousted through the impeachment process. A group of retired politicians has also requested that Park resign no later than April of next year.

Opposition parties have been drawing up a draft for the impeachment motion and want to put it to a vote at the National Assembly as early as Friday.

During her speech, Park denied her involvement in any alleged corrupt practices, stressing that during her 18-year political career, she has never pursued “any personal interests.” But she acknowledged that she is to blame for her failure to take care of her close associates.

“I am now putting everything down,” she said. “What I only hope for is that the Republic of Korea will get out of this confusion and be back on track as soon as possible.”

Park faces allegations that she played a role in pressuring local conglomerates into donating large sums of money to two nonprofit organizations.

She is also suspected of having allowed her confidante Choi to gain unlawful access to presidential speeches and documents, some of which were classified as confidential.

Cheong Wa Dae has dismissed the prosecution’s accusations against Park, saying the allegations are politically biased and a mixture of “imagination and conjecture.” It has vowed to establish Park’s “innocence” through the upcoming independent counsel probe.

The independent counsel team, consisting of 105 members including 20 prosecutors, is expected to begin its probe next month. It has a mandate to investigate the high-profile case for a period of up to four months.

Her address drew sharp criticism from the opposition parties that stressed public calls for her to bow out “unconditionally and immediately.” They said that her speech was part of a political “gambit” to avoid an impeachment process that they are pushing for. 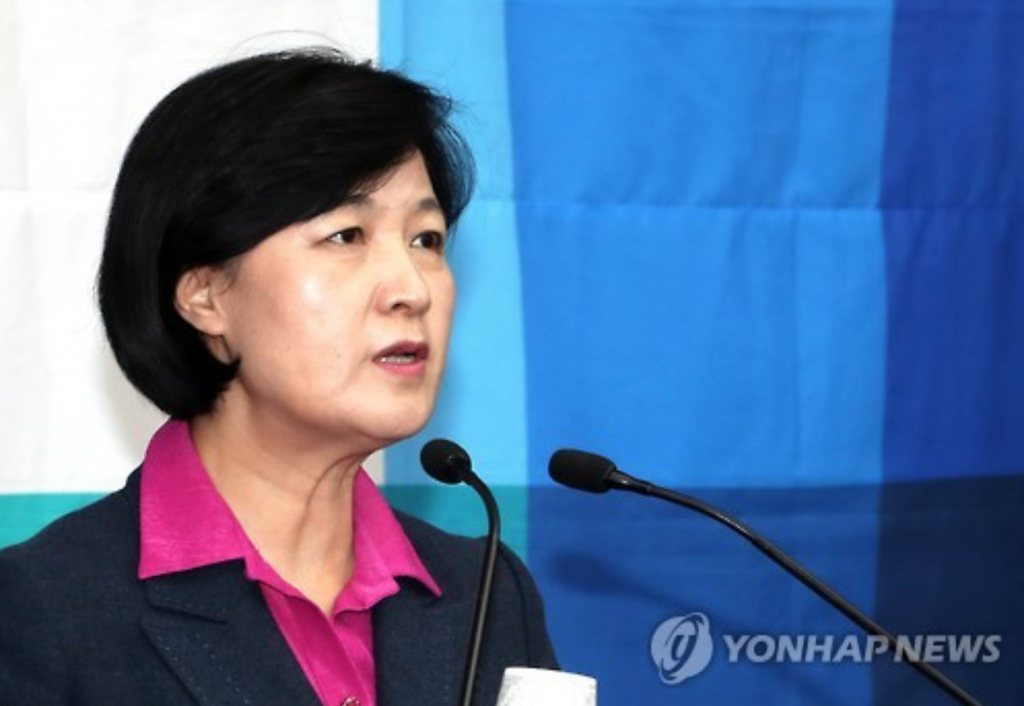 “(Her speech) did not carry any (sincere) regret or contrition on her part,” Choo said during a general meeting of party lawmakers. (image: Yonhap)

Rep. Choo Mi-ae, the leader of the main opposition Democratic Party, upbraided Park for failing to understand the mentality of the public, which has been revealed through massive weekend rallies across the country. Choo also said Park “shifted the onus” to parliament without clearly mentioning whether she will step aside.

“(Her speech) did not carry any (sincere) regret or contrition on her part,” Choo said during a general meeting of party lawmakers.

“In a nutshell, it was aimed to confuse (political circles) ahead of her impeachment or a gambit to avert impeachment.”

Park Jie-won, the interim leader of the minor People’s Party, also denounced Park, saying she refused to clarify when she will step down.

The Saenuri Party leader, however, called on opposition parties to put their heads together to discuss the fate of the president “within the confines of the Constitution and related laws.”

“Although the president’s responsibility is great (in this situation), we must minimize any damage on our nation and people,” Lee Jung-hyun said during a meeting with senior party officials. “The National Assembly must discuss the issue (the president has raised in her speech).”