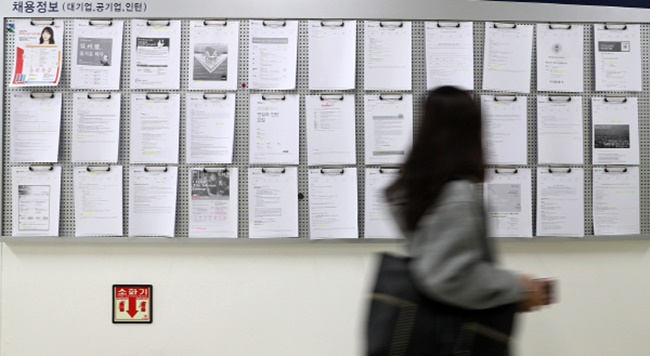 The grim findings come from a new report conducted by major South Korean recruitment website Albamon released on Wednesday, after researchers looked into the average hours spent working to cover the cost of higher education in the country. (Image: Yonhap)

SEOUL, Aug. 31 (Korea Bizwire) — A shocking report has revealed that South Korean students on average have to work up to 500 hours to cover their tuition fees for each semester if they are attending a private university.

The grim findings come from a new report conducted by major South Korean recruitment website Albamon released on Wednesday, after researchers looked into the average hours spent working to cover the cost of higher education in the country.

Currently, the average tuition fee for a private university student per semester is estimated to be 3.7 million won in South Korea, while the average hourly wage among the top ten fields of work for part-time workers in their 20s was found to be 7,392 won, nearly 1,000 won above the country’s current minimum wage.

Given the numbers, the study found students attending state-owned universities have to work 278 hours to cover the average tuition fees of 2 million won per semester.

On the other hand, those attending private universities, which is the case for most university students, have to put in a whopping 501 hours per semester, provided they devote all of their earnings to tuition.

The hours varied widely depending on the kind of job students had, with those working in the service and retail sector earning an average of 7,211 won per hour while those with office jobs earning an extra 430 won every hour, slashing the total number of hours required by 29.

Students working at coffeehouse chains earned the least among the ten most popular employment sectors for university students, having to work up to 546 hours every semester to pay their tuition fees.

Despite the physically taxing nature of the jobs, those in the distribution industry enjoyed the perks of earning the most in the shortest time thanks to higher wages, having to work 429 hours to pay for a semester at a private university.

With growing tuition fees and a lack of job opportunities, an increasing number of students are resorting to student loans.

According to another survey conducted by Albamon in July, nearly three in ten students were found to have taken out a student loan, with the average amount standing at 8.5 million won.