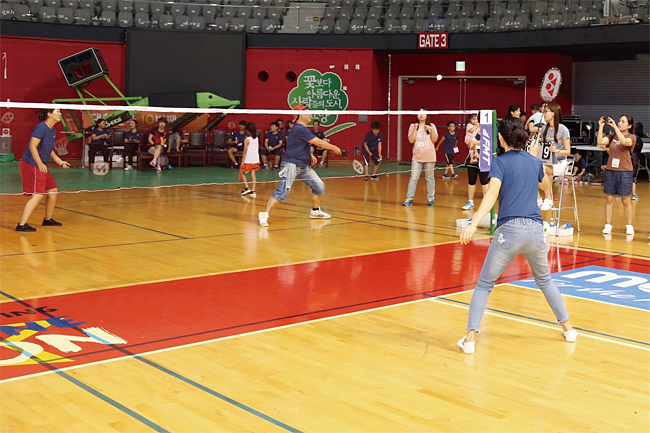 People in their 50s showed the highest participation in daily sports. (Yonhap)

According to the Ministry of Culture, Sports and Tourism’s survey of 9,000 South Koreans aged 10 or older nationwide, 66.6 percent of citizens participated in the National Sport for All program last year, up 4.4 percentage points from 62.2 percent in 2018.

Walking was the most popular activity at 56.7 percent in the National Sport for All program, followed by climbing at 32.4 percent and gymnastics at 16 percent.

When it comes to sports classes, swimming came first with 32.6 percent, followed by body building, accounting for 22.7 percent and yoga, pilates, and Tae Bo, accounting for 19.9 percent.

By age group, people in their 50s showed the highest participation in daily sports with 70.8 percent of the total.

The participation rate in the daily National Sport for All program among those in their 20s stood at 69.2 percent in 2019, up 9.9 percentage points from 59.3 percent in 2018, the highest rise among all age groups.

Meanwhile, the participation rate among teenagers and those in their 70s has fallen somewhat.

The government reported that it had achieved the goal of 64.5 percent participation early, which was a goal for 2022. Officials further added that “the number of citizens participating in daily sports has increased significantly.