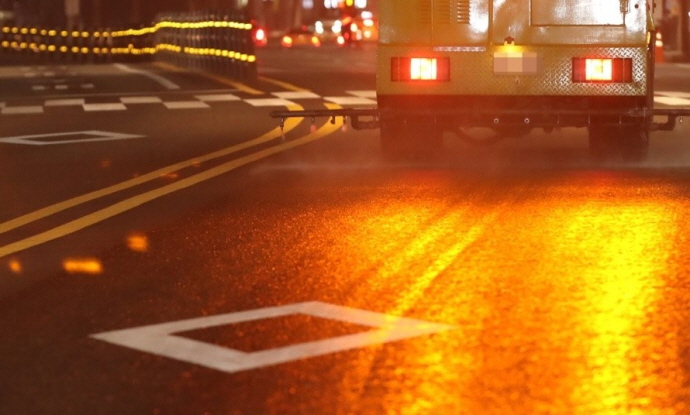 SEOUL, Jun. 29 (Korea Bizwire) — The Seoul Metropolitan Government revealed yesterday that it had paved sections of the city’s roads in Gangnam with a photocatalytic substance that will help filter nitrogen oxide, one of the harmful components of fine dust.

Using a special vehicle with a suction function, workers removed dust that had accumulated atop the road before the special substance was coated over the asphalt.

The photocatalytic substance applied to the pavement uses sunlight to break down particles such as nitrogen oxide, helping to filter the air.

The substance was first introduced to Korea in 2010 when it was applied to concrete roadside facilities, but this is the first time it has been used for asphalt pavement.

The local government of Seoul signed an MOU with BnD Networks, the company that owns the rights to the technology, and both parties will continue to look for ways to fight pollution by producing verifiable results.

A city official said that he expects road-based fine dust to decrease thanks to the technology that helps break down nitrogen oxide, a noxious substance found in car emissions.