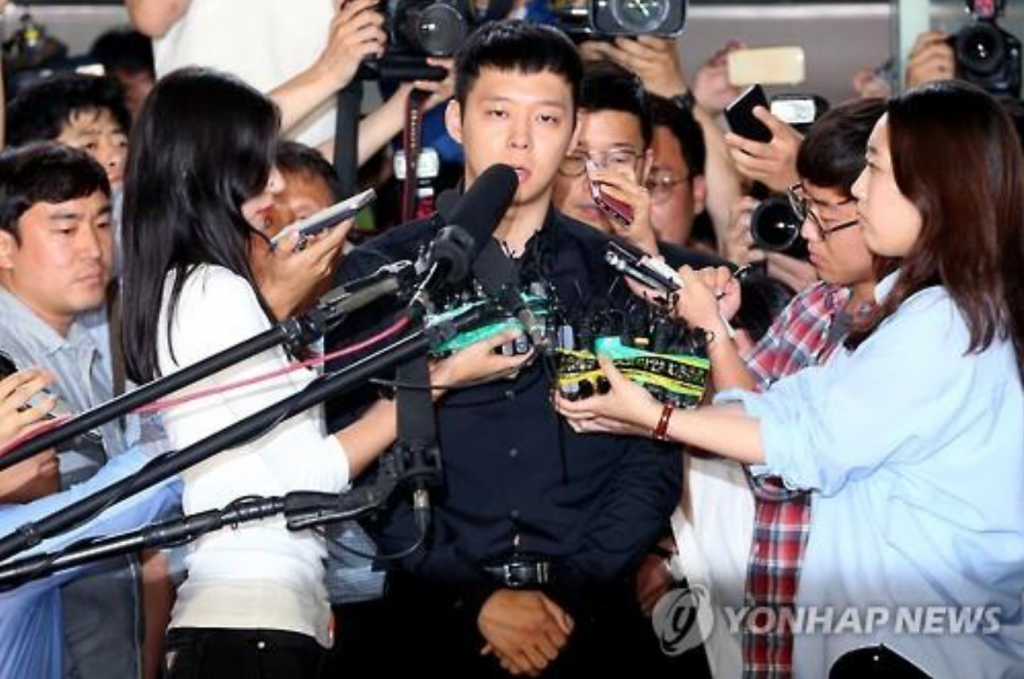 SEOUL, July 11 (Korea Bizwire) – Police on Monday said they concluded Park Yoo-chun, the scandal-ridden member of K-pop boy band JYJ, is clear of sexual assault allegations, saying it is hard to acknowledge that there was coercion involved.

The 30-year-old actor-singer has been mired in a scandal as four different women, all working at local bars, lodged complaints against him last month, claiming they were raped by him. One of the cases dates back to 2014, while the latest allegedly occurred in June.

“Based on what we have found so far, it is hard to acknowledge that coercion was involved (in their sexual encounter),” a police officer said, under the condition of anonymity, referring to lack of physical violence or threats.

Still, police said they are reviewing relevant laws to determine if it is possible to apply prostitution charges against Park and the four women.

The 30-year-old has been summoned by the police in southern Seoul a total of six times to be questioned over the allegations.

Park’s agency has been asserting his innocence, staking his career and reputation on the line.

The woman who filed the first complaint on June 10 has dropped the case, but Park made a counterclaim, saying she falsely accused him of sexual assault. He also filed charges against the second woman for making similar allegations.

Police said the first woman is actually suspected of threatening Park over the scandal. Police said they have secured circumstantial evidence of some 100 million won (US$87,000) transacted between Park and the first complainant, adding the purpose and details of the actual transaction is still under investigation.

They are still reviewing whether the four women can be charged with making false accusations.

Police said they will wrap up the case and send it to the prosecution later this week or early next week.