“I once felt much burden due to the title. I wanted to get rid of and overcome it, but couldn’t.”

“I think I have to live with the title as long as I work as an actress because Cannes’ best actress was such a huge award.”

“I used to be called ‘box-office princess of the movie world.’ Please call me that.” 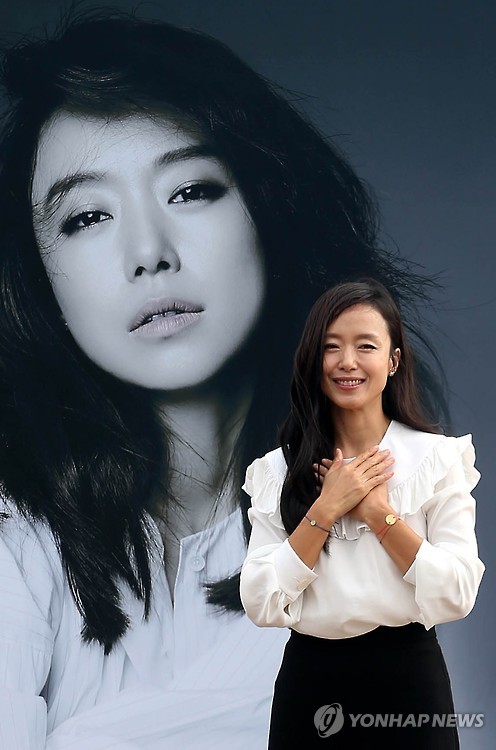 BUSAN, Oct. 4 (Korea Bizwire) -- Actress Jeon Do-yeon said Sunday she had felt burdened by the moniker “The Queen of the Cannes” but now feels comfortable with it.

She gained the nickname on her home country after becoming the first Korean to win the best actress at the Cannes Film Festival for “Secret Sunshine” by director Lee Chang-dong in 2007.

This year has been an emotional roller coaster for the 42-year-old actress.

She was highly acclaimed by critics for her masterful performance in “The Shameless,” a domestic stylish noir two-hander that was screened at the 68th Cannes Film Festival.

But her following work “Memories of the Sword” managed to collect a mere 430,000 viewers in local theaters despite her brilliant performance as a blind female sword master. The Korean-style martial arts film also received unfavorable reviews.

A melodrama film “A Man and A Woman” featuring her and actor Gong Yu is scheduled to open in theaters later this year.

“I think this is the first time for three of my works to open in a one-year period,” she said. “Actually, I was physically and mentally exhausted. But this film festival invigorated me.”

“The Shameless” secured an invitation to a non-competition category of the 20th edition of the Busan festival. Jeon played Kim Hye-gyeong, a bar madam used by a cop to hunt down her lover, who is a murder suspect.

Asked what moniker she wants to have if she can instead of “The Queen of the Cannes,” she jokingly answered: “a box-office princess,” meaning a top money-making actress.