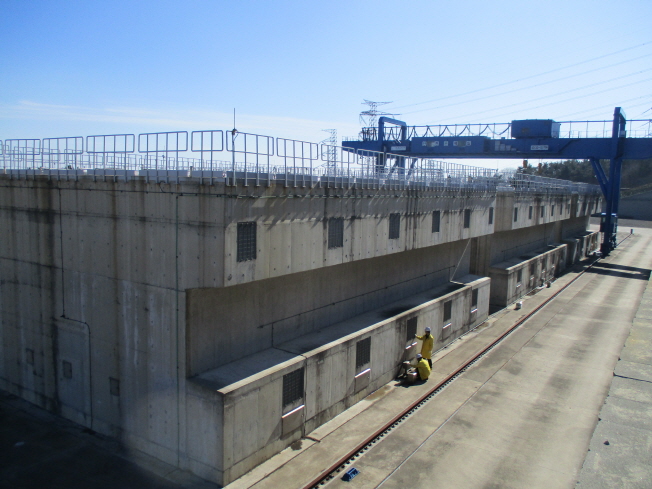 SEOUL, Aug. 20 (Korea Bizwire) — South Korea said Thursday it is moving to build an additional facility for spent nuclear fuel at one of its nuclear power plants after local residents living around the venue gave consent.

The move came after the Ministry of Trade, Industry and Energy held extensive talks with people living near the Wolsong Nuclear Power Plant, about 370 kilometers southeast of Seoul, from April through July.

A poll, which was conducted on 150 resident representatives and released on July 24, showed 81.4 percent approving of the plan.

The ministry in charge of the country’s energy policy said it has reported its plan to the policy review and coordination meeting chaired by the prime minister with the state-run Korea Hydro & Nuclear Power Co. (KHNP), the operator of the country’s 24 reactors.

Construction can be completed in 19 months at a cost of around 40 million won (US$33.7 million).

MACSTOR holds spent fuel rods in dry casks after they are cooled in specially built pools of water. Wolsong has been using such a system for nearly 30 years.

“Feedback from residents showed the need for more communication, with efforts under way to provide text messages and set up special electronic billboards around the nuclear plant for real-time information sharing,” the ministry said.

It said resident representatives will be invited to oversee the construction, with efforts being made to provide more benefits.

Work on new MACSTORs has been a pressing issue, with KHNP warning that existing holding facilities were 95.36 percent full as of late March and will hit the ceiling in March 2022.

Such a development would force the shutdown of the plant’s five operational reactors.

The KHNP had asked for seven new MACSTOR structures able to hold 168,000 spent fuel bundles, which would double the existing capacity at Wolsong.