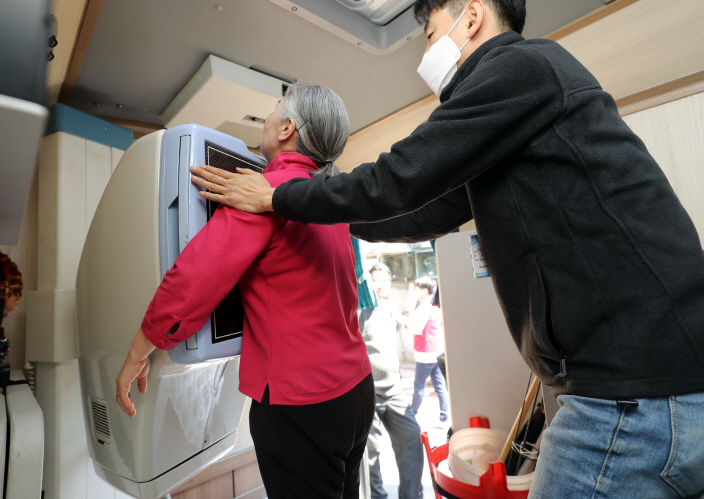 More free checkups will be provided to non-regular workers, university students, jobless people and patients with cancer and other high-risk diseases. (Yonhap)

SEOUL, May 28 (Korea Bizwire) — South Korea announced a package of measures Tuesday to eradicate tuberculosis (TB) from the country by 2030.

South Korea has the highest TB prevalence among members of the Organization for Economic Cooperation and Development (OECD). Slightly over 70 in 100,000 South Koreans were infected with the disease in 2017, much higher than the OECD average of 11.1.

Under the measures, a follow-up on last year’s blueprint for TB eradication, senior citizens, the homeless and other vulnerable people will be allowed to have a checkup once a year.

Mobile clinics will be sent to urban dosshouses to allow residents to take a chest X-ray for TB, one of the deadliest and most common infectious diseases.

The government will also keep closer tabs on those vulnerable citizens infected with the contagious disease in a bid to prevent its spread.

More free checkups will be provided to non-regular workers, university students, jobless people and patients with cancer and other high-risk diseases.

If confirmed as TB patients, foreign entrants will be deported after two weeks of treatment in isolation to prevent foreigners from coming to South Korea for TB treatment by capitalizing on its state health insurance.

The government will seek to complete the localization of intradermal BCG vaccines for children, for which South Korea relies totally on imports.

The health ministry said it is targeting the lowering of the country’s TB prevalence to fewer than 10 per 100,000 people, a level close to eradication.

“Through the measures, the government will seek to remove South Korea’s stigma as the highest TB prevalence nation among major economies,” Health Minister Park Neung-hoo said.

South Korea’s high TB prevalence is attributed to a jump in patients and people at high risk in line with the aging of baby boomers, as well as to effects from there having been many TB patients before the 1960s due to malnutrition and poor residential environments.

Tuberculosis is caused by bacteria that most often affect the lungs and spread from person to person through the air. The vast majority of TB cases can be cured when medicines are provided and taken properly, according to the World Health Organization.