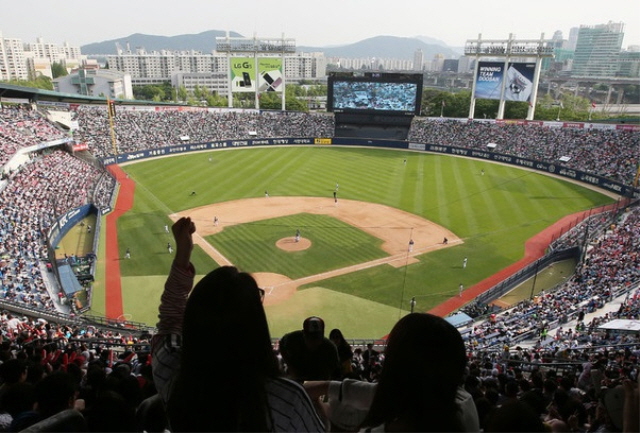 The Korea Baseball Organization (KBO) said the automatic intentional walk — whereby managers hoping to put a batter on base intentionally simply have to let the umpire know without making pitchers throw four straight balls — will be among the new rules meant to speed up the game in 2018.

The no-pitch intentional walk rule was first put in place in Major League Baseball last year, and Japan’s Nippon Professional Baseball will implement it this season.

The KBO has also limited catchers’ mound visits. The backstops will now be allowed to walk to the mound twice in a nine-inning game, down from three trips. They will get to make an extra visit if the game goes into extra innings.

The KBO lifted a cap on the number of warm-up pitches between innings and between pitching changes, but pitchers will still be put on the clock during their preparations — two minutes before the end of each inning break and two minutes and 20 seconds following a pitching change.

The league also added a fine to its pitch clock rule, under which pitchers have 12 seconds to make a pitch without a man on base. Previously, pitchers received an umpire warning for the first violation and got an additional ball to the count with their next violation.

In another pace-of-play rule, managers can now ask for a video review of a disputed play from their seat in the dugout, without having to walk out to the field.