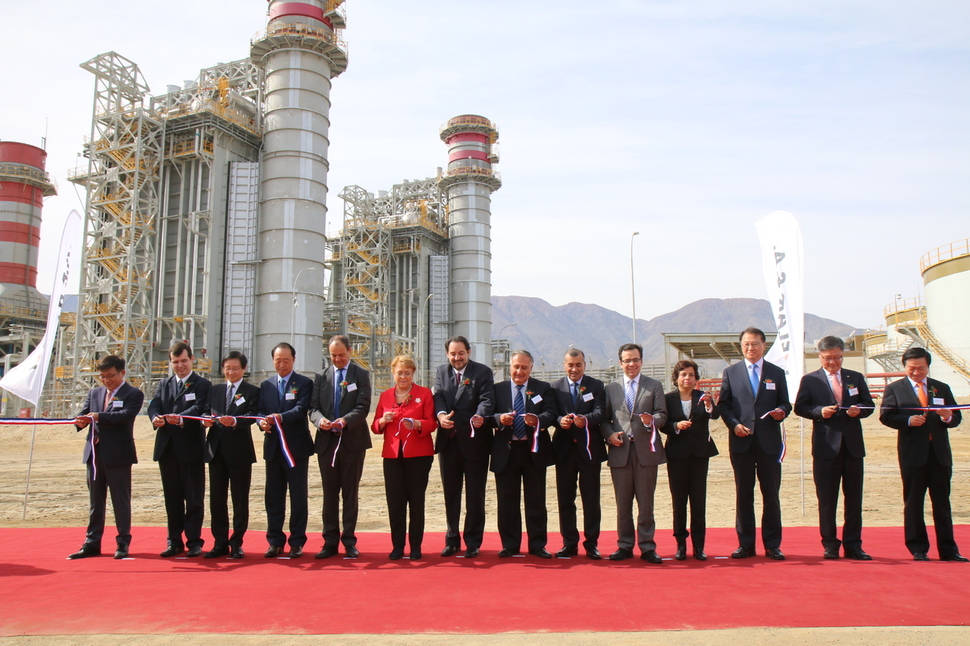 SEOUL, May 29 (Korea Bizwire) — A South Korean consortium has held a ceremony to mark the completion of a gas-fired combined cycle plant in Antofagasta, Chile, that will supply electricity to BHP Billiton Ltd.’s copper mine.

Samsung Engineering Co., a construction unit of Samsung Group, celebrated the opening of the 517 megawatt plant Friday (local time). Korea Southern Power Corp., a power generation unit of the state-run Korea Electric Power Corp., will operate the plant for the next 30 years, Samsung C&T Corp. said in a statement.

“The completion of the plant will help Korean firms win new orders in the Latin American power plant markets, which have been dominated by players from advanced countries,” a company spokesman said.

Samsung C&T, the trading unit of Samsung Group, and Korea Export-Import Bank of Korea also were part of the consortium to provide project organizing and financial services, respectively, the statement said.

It was the first power plant deal won by South Korean companies, not the government, in the Latin American country, it said.