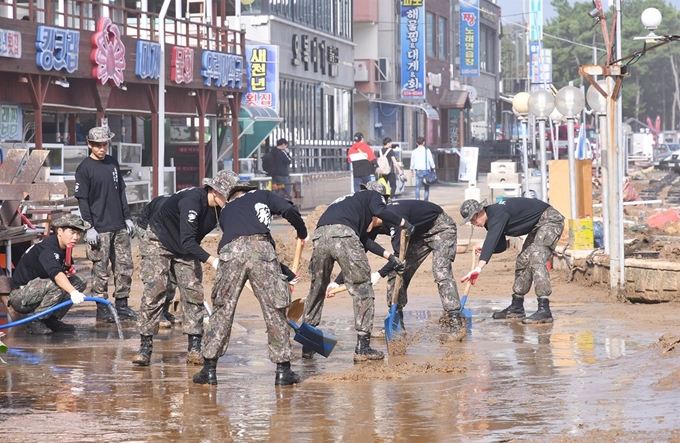 The country reported a total increase of 23,902, or 0.05 percent, in population to 51.8 million, and its average age rose to 42.6 from 42.1, according to the annual national data released by the Ministry of the Interior and Safety.

The city of Sejong was the youngest among the country’s administrative districts, with the average age of its residents 36.9, while South Jeolla Province was found to be the oldest with 46.2.

The country saw its civil servants record a year-on-year increase of 2.8 percent to 1.1 million, of which female servants took up 47.3 percent, up by 0.6 percentage point.

The statistics showed the year 2019 experienced more financial damage incurred by natural and social disasters compared to the preceding year.

Natural disasters, including typhoons and torrential rains, damaged houses and infrastructure worth 216 billion won, and it cost the country more than 1.3 trillion won to repair the damage.

The damage and recovery costs jumped by 53 percent and 204 percent, respectively, from a year ago.

Nearly 1.3 trillion won, or 98 percent of the total repair costs, was spent on typhoon-related recovery efforts.

A total of 27 “social hazards,” such as fires, maritime accidents and livestock infectious diseases, occurred last year, up from seven in 2018.

Of the cases, fires at crowded buildings accounted for the largest part with 10, followed by wildfires at six and maritime accidents at three.

The total damage from such disasters cost the country more than 520 billion won, 5.2 times that of the previous year.

The designated areas received the government’s emergency relief and financial aid for recovery.