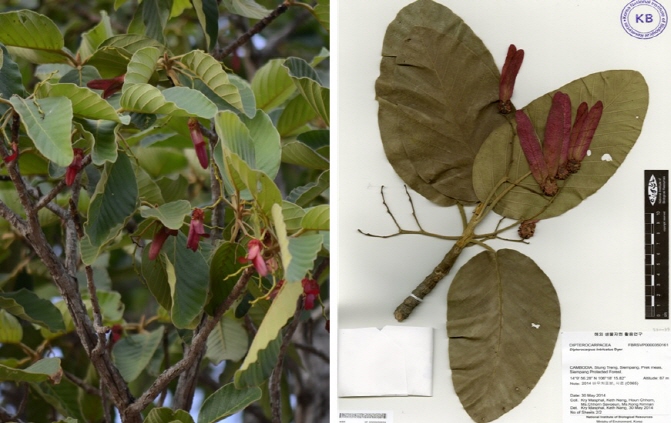 Dipterocarpus intricatus was first discovered by the National Institute of Biological Resources in the primeval forest in Cambodia in December 2015. (image: Ministry of Environment)

The agreement will serve as a first case of profit sharing, where companies, using foreign biological resources they have discovered with government support, can develop and sell commercial products, with profits to be shared with the government.

Based on the agreement, Hansolbio will develop and sell cosmetics using Cambodia’s dipterocarpus intricatus, a plant species known to be effective against wrinkles, and with skin-lightening features.

All profits arising from sales will be shared with Cambodia.

Dipterocarpus intricatus was first discovered by the NIBR in the primeval forest in Cambodia in December 2015.

Since then, the institute has been supporting Hansolbio to develop cosmetics with the plant. The final product was fully commercialized last December.

“The agreement is the first of its kind where a South Korean research institute and manufacturer discovered and industrialized a foreign plant species, and will share profits with the country of origin,” said the institute.

As such, the Ministry of Environment has been in charge of processing all complex procedures to discover new biological resources and introduce them to South Korean companies.

“The ministry has invested a significant amount of time and effort to realize our very first profit-sharing agreement,” said Park Chun-kyoo, the Vice Minister of Environment.

“We will continue to support bio firms in South Korea to gain easier access to various foreign biological resources and use them to contribute to the South Korean economy.”