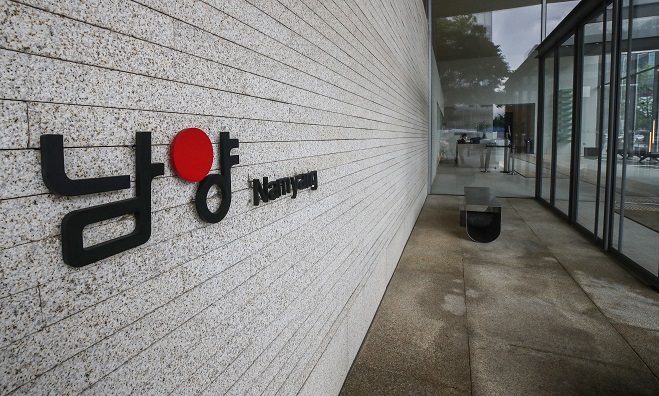 The headquarters of Namyang Dairy Products in southern Seoul (Yonhap)

SEOUL, Sept. 1 (Korea Bizwire) — The sale of South Korea’s No. 2 dairy firm Namyang Dairy Products Co. fell through Wednesday as it renounced a contract to sell a controlling stake.

In a statement, Hong said the company informed Hahn & Company of its decision to rescind the stake sale contract.

“Hahn & Company has unfairly intervened in Namyang Dairy Products’ managerial affairs even before the stake sale and violated a confidentiality clause in order to complete the deal in its favor,” Hong claimed.

“Hong’s claims are totally groundless. The contract still holds true, and a local court has issued an injunction barring Hong from disposing of his stake at will,” it said.

On Aug. 23, Hahn & Co. filed a lawsuit with a Seoul court against Hong and his family members, which stated they should promptly carry out the duty of concluding the transaction.

Hong decided to sell Namyang Dairy Products after he offered to resign from his post in May for causing a misunderstanding about the company’s popular yogurt drink with claims it can prevent COVID-19 infections.

Hong is not in charge of day-to-day company operations, but the chairman and his family members have wielded a large influence on the company founded in 1964 with their controlling stake.

The claim sharply boosted sales of the yogurt drinks and its stock prices, but experts later questioned the credibility of that claim as researchers had yet to conduct animal testing and clinical trials.