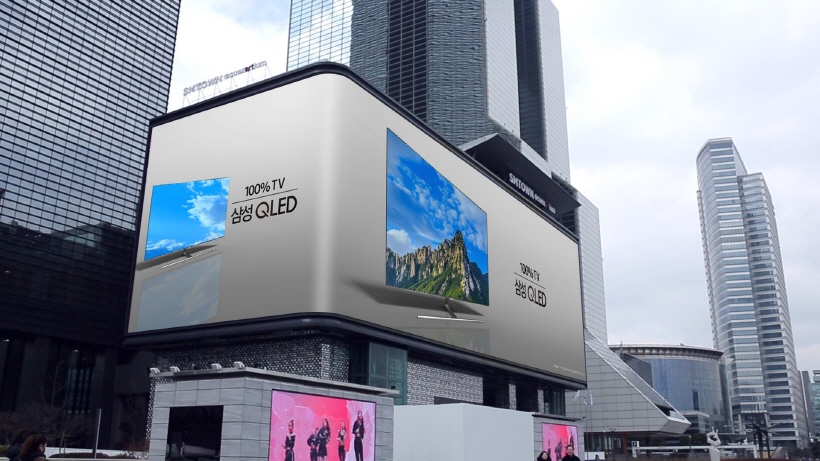 The South Korean tech giant said the signage was installed at COEX, which is a shopping mall and convention center, located in the Gangnam district. Seoul earlier eased signage-related regulations for the areas surrounding COEX to transform the area into the Korean version of New York’s Times Square.

The project was carried out jointly with CJ Powercast, an advertising firm, and the Korea International Trade Association.

Samsung said the new signage is 81 meters wide and 20 meters high, with the brightness standing at the industry’s best 9,000 nits. The company said the resolution is also two times better than Ultra HD displays.

The signage will be used to promote K-pop and show other commercials starting Sunday.

“This business is significant considering both economic and cultural aspects,” the Korea International Trade Association said. “We hope that Samsung Electronics’ LED signage will add vitality to the commercial area and bolster the region’s tourism infrastructure.”