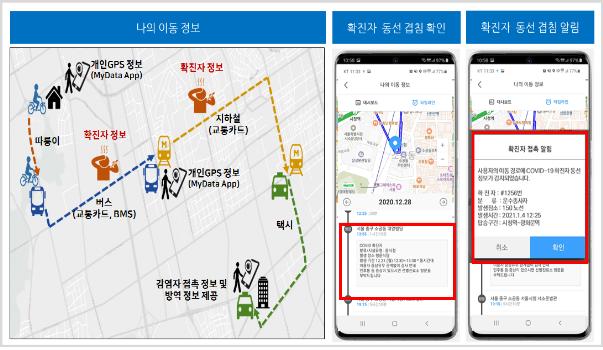 SEOUL, Jan. 14 (Korea Bizwire) — The Seoul Metropolitan Government announced on Wednesday that it will release a mobile app that offers a wide variety of information on public transport, including alerts that are issued when the user’s routes overlap with those of confirmed COVID-19 patients.

The mobile app ‘My-T’ is scheduled to be released on Friday.

If users consent to their personal information being shared with the app, it tracks the routes of the users by analyzing the information on GPS and traffic card use, access to public WiFi and the public transport operation.

On the basis of such information, this app automatically sends an alert to users if there are some routes that have overlapped between them and COVID-19 patients.

Even when public transport workers, including the drivers of taxis and buses, test positive for COVID-19, the app provides information on their routes.

The city government expects the app to contribute to reducing anxiety that could arise due to the lack of such information, while enabling those whose routes have overlapped with those of patients to get tested more quickly.

For the time being, the app will only be available for phones running the Android operating system. The city government said that it may take some time to develop an iOS version.