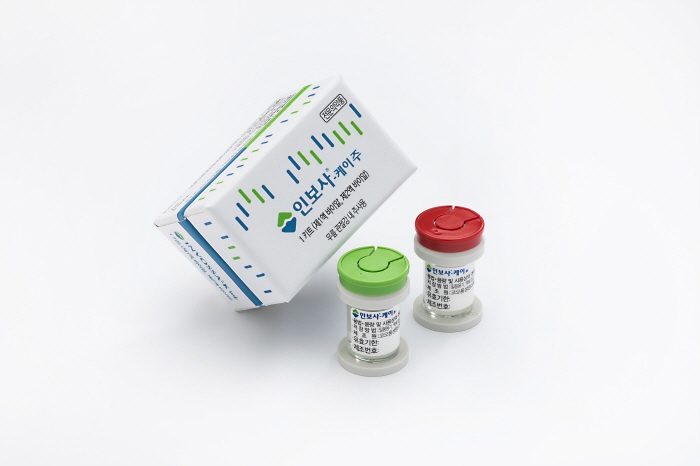 SEOUL, May 28 (Korea Bizwire) — South Korea’s drug authorities on Tuesday canceled the license for the gene therapy drug Invossa for the mislabeling and the false reporting of an ingredient used, sending a shock to patients and the country’s pharmaceuticals sector.

The Ministry of Food and Drug Safety’s move came after the manufacturer, Kolon Life Science, acknowledged that a substance in the joint pain treatment drug has been mislabeled since 2003, but failed to clearly explain why it had occurred.

“Kolon Life Science falsely reported ingredients used, intentionally did not disclose additional data it discovered on the problem before submitting the drug for approval and failed to provide a scientific cause for the mix-up,” the ministry said.

A material used in Invossa came from a kidney cell instead of from cartilage as stated in the document submitted for approval by the drugmaker, according to the ministry.

The regulatory body said in light of the seriousness of the matter, it has asked for a criminal investigation and will move to overhaul its drug review process to prevent a repeat of such incidents.

At present, there have been no cases of side effects associated with Invossa, but all people who have received treatment, will be closely monitored for upwards of 15 years.

A total of 438 hospitals and clinics have administered 3,707 shots of the drug so far.

Invossa is the world’s first gene therapy drug for osteoarthritis, a movable joints disorder that affects many elderly people, with patient numbers in South Korea alone estimated to be around 5 million.

Distribution of the drug that received formal approval for sale in the domestic market in July 2017 has been suspended since April this year, with authorities conducting detailed on-site inspections of Kolong’s production plants and research facilities in South Korea and the United States.

Kolon TissueGene, the drugmaker’s U.S. biopharma affiliate, produced the osteoarthritis treatment drug using a material that did not coincide with what was reported when tests on the drug began.

The company earlier cited limitations in the early 2000s that caused it to not properly identify the materials used in the gene therapy drug.

Before the incident, the drug was hailed as a feat for South Korea’s biopharma business that had lagged behind foreign rivals.

“Invossa was a pioneer in this field, with the cancellation likely to impact other projects, especially in the receiving of critical item permits from authorities,” a market watcher said.

Outside of Korea, Invossa has been sold in Hong Kong and Macau, with Kolon announcing in January that it reached an export deal to ship the drug to places like Singapore and Indonesia. It, moreover, signed a deal to ship the product to China last year.

Related to the government decision, Kolon Group, the parent conglomerate of Kolon Life Science, did not release an official response although insiders said in private they were bewildered by the severity of the ruling and worried about the overall business repercussions.

Patients who have used Invossa in the past and were moving to take legal actions against Kolon said the ministry did the right thing to safeguard public health.

Oh Kims Law & Co., a law firm here, said initially 244 people are demanding compensation in a legal suit, with the complaint to be submitted to the Seoul Central District Court.

“Kolon needs to be held accountable for hiding its mistakes that directly have a bearing on the health of users and for trying to dodge responsibility,” the law firm said.

It said such actions are fueling widespread anger among patients, and compensation in total is estimated at around 2.5 billion won (US$2.1 million) as of now, since a single shot of Invossa costs a patient 7 million won.

The Korea Exchange, meanwhile, said after the government’s announcement that it will halt all transactions of Kolon Life Science and Kolon TissueGene for the remainder of Tuesday to protect investors.

Retail investors who bought shares in Kolon TissueGene said they will demand 6.5 billion won in compensation for the fiasco. Under the country’s Capital Markets Act, a company can be held liable for falsifying corporate information that hurt the interests of investors.

Kolon TissueGene traded at 34,450 won on the Seoul bourse in late March before the controversy but plummeted to just around 8,000 won before trading was halted, while Kolon Life Science plunged from 75,200 won to 25,500 during the cited period.

The market capitalization of Kolon TissueGene was tallied at some 490 billion won before transactions were stopped from over 2.1 trillion before the scandal broke, with that for Kolon Life Science sliding from 858 billion won to 291 billion won.