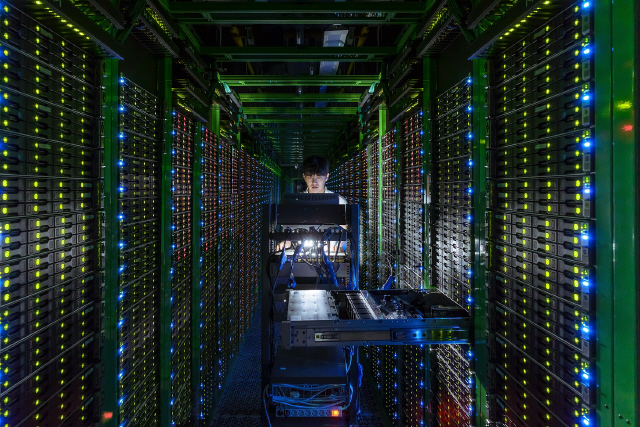 SEOUL, Nov. 1 (Korea Bizwire) — Power consumption at data centers is soaring due to the rapid development of the nation’s information and communication technology (ICT) industry.

However, analysts say that the massive amount of waste heat generated from these centers is not being recycled.

According to a report released Thursday by the Korea Energy Economics Institute the nation’s power use at data centers increased 5.5 percent annually from 2.5 TWh in 2014 to 2.8 TWh in 2016.

Compared to the consumption increase rate of 1 percent for electricity used by domestic industries during the same period, this is a steep upward curve that is more than five times higher.

In particular, the domestic data center market is estimated to grow 68 percent from 2.8 trillion won in 2015 to 4.7 trillion won next year, and data usage will grow 6.2 times over the same period.

However, the report pointed out that initiatives to reuse waste heat at data centers in Korea have yet to materialize.

Given that government agencies and companies in the U.S., China, Denmark and other countries recovered waste heat generated by data centers early on and are using it to supply heating to laboratories and offices as well as local homes, South Korea is lagging behind.

Analysts say the reason why South Korea is lagging is attributable to the lack of institutional support measures for the recycling of waste heat at data centers.

Subsidies based on the rational energy utilization act exclude conglomerates.

In addition, waste heat from data centers is not included in renewable energy, so it cannot be supported under the relevant laws.

“The government should provide ICT industry with a means to reduce greenhouse gas emissions and actively support the use of waste heat in data centers,” said Oh Se-shin, the author of the report.