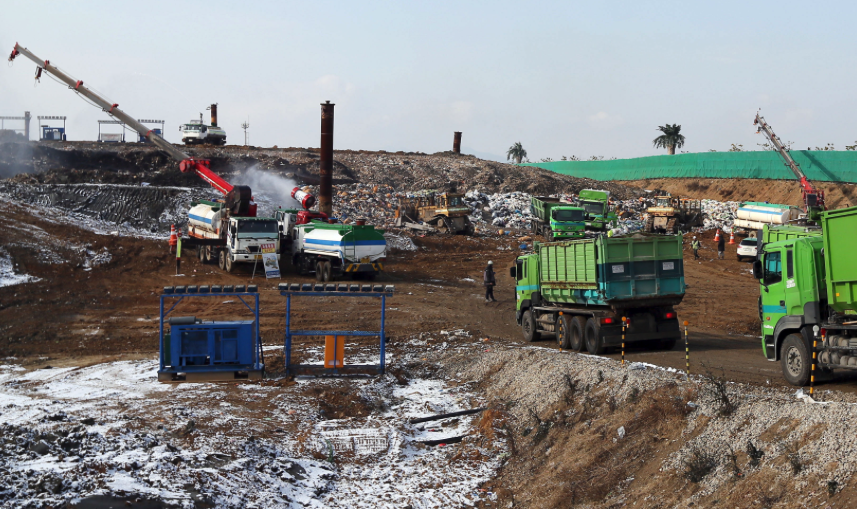 The Ministry of Environment said it will beef up radioactive and heavy metals tests on Japanese waste batteries, tires and plastics being imported into South Korea for the purpose of recycling.

The move follows the same ministry’s decision Aug. 8 to strengthen inspections of Japanese coal ash imports and is seen as part of Seoul’s responses to Tokyo’s moves to restrict South Korea-bound exports of vital industrial materials over the issue of compensating Korean victims of wartime forced labor.

“The government will take additional environmental and health safety measures for large-volume imports of waste,” the ministry said, noting waste batteries, tires and plastics will come under stricter inspections.

“The decision also reflects the public concern about radioactive contamination of imported wastes,” the ministry added. 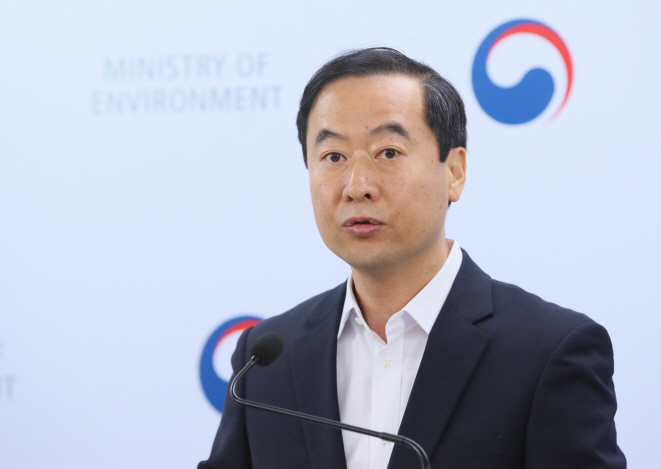 Kim Dong-jin, spokesman of the Ministry of Environment, announces the government’s decision to strengthen environmental and health safety inspections of battery, tire and plastic waste imports from Japan, at the Sejong Government Complex on Aug. 16, 2019. (Yonhap)

Japan accounted for a smaller volume of South Korea’s imports of battery, tire and plastic wastes.

But the ministry’s latest decision apparently targets the neighboring country due to public concern about radioactive contamination from the Fukushima nuclear power complex destroyed by a tsunami in 2011.

The ministry said it will also increase the number of on-site inspections of local waste importers from once a quarter to more than once a month.

In case of the detection of excessive heavy metals or radioactive contamination in waste inspections, the imports will be ordered back to the exporters.

Radiation tests will continue to be performed only on waste imports from Japan and Russia, the ministry said.

“Strengthening of safety inspections for coal ash and three other kinds of waste imports is aimed at enhancing public safety and environmental protection. It is not related to any specific country,” a ministry official said.

The official denied speculation that the latest measure will lead to a ban or a restraint on waste imports.

The ministry will devise various measures, including increased recycling of domestic waste, to minimize the impact on local recycling companies.

Ministry officials also noted that the planned strengthening of inspections won’t conflict with the rules of the World Trade Organization and other global trade governing bodies, because it is only intended to conduct a more thorough safety inspection for health and environmental reasons.

According to the ministry’s data, there had not been a single case of excessive radiation or heavy metal levels detected from coal ash, battery, tire and plastic waste imports between 2015 and June this year.