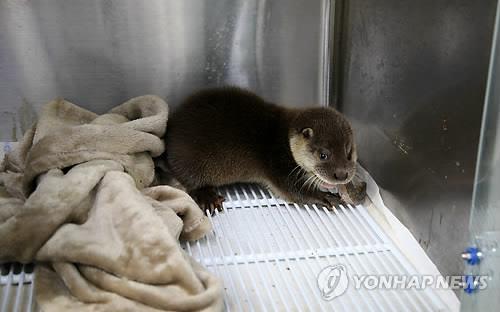 POHANG, Aug. 28 (Korea Bizwire) — A series of sightings of endangered otters, which have been designated by the government as a natural monument, was reported in the city of Pohang in North Gyeongsang Province.

According to the city government of Pohang yesterday, an individual came across a dehydrated baby otter around three to four months old near Gigyecheon in Jiga-ri, Gigye-myeon in Pohang’s Buk-gu on August 23.

City officials entrusted the otter to the care of Joeun Veterinary Hospital, the clinic that takes on treatment of emergency rescues for all of the city’s natural monuments.

After receiving treatment, the otter is expected to be moved to the province’s wildlife rescue center, where it will receive adaptation training before being released back into the wild.

The baby otter is said to be recovering. 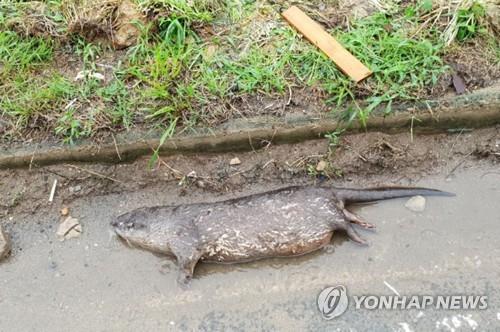 Not all otter sightings, however, result in a happy ending.

On August 26, a two-year-old female otter measuring 80 centimeters in length was found dead after being hit by a car on the road near Jamyeongcheon in Yugang-ri in Pohang’s Nam-gu.

A Pohang official said that otters are occasionally spotted these days as conditions in the natural environment around Pohang, including the Hyeongsang River, have improved.