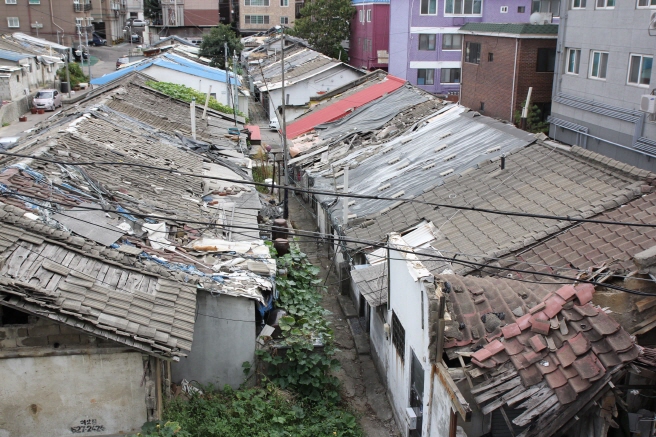 SEOUL, Dec. 12 (Korea Bizwire) — Next year marks the 75th anniversary of Korea’s liberation from Japanese colonial rule, but debate over whether to preserve the remains of Japanese imperialism continues unabated across the country.

First of all, controversy is raging in Incheon over the demolition of a complex of dormitories built by Mitsubishi during the Japanese colonial era for its forced laborers.

Neighborhood residents are demanding that the buildings be destroyed, saying that they are an eyesore and hamper local development.

Local scholars, however, stress the need to preserve the buildings, saying they are another asset of Korean society in that they represent the site of anti-war peace education beyond the traces of painful history.

The same is true of the Chosun Siksan Bank building in Chungju, North Chungcheong Province.

When the Cultural Heritage Administration designated the bank building, which was built in 1933, as a registered cultural property, the city decided to restore it and use it as a modern cultural exhibition hall that displays data of modern artifacts.

However, some civic groups urged the government to withdraw the plan, saying, “Though painful history is also history, the place was used as a tool for domination and extortion and is feared to glorify aggression and exploitation.”

There are many places where people are divided on whether to demolish or preserve, but more and more people are learning from the tragic scenes of history by turning the ruins into “Dark Tourism” hotspots. 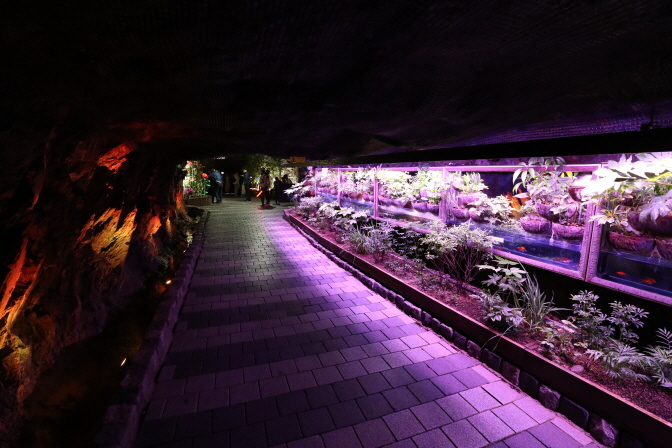 Gwangmyeong Cave in Gyeonggi Province is the site of the Japanese invasion, but it was developed as a cave-themed park with wine restaurants and concert halls after the city purchased it in 2011.

Now, it has been transformed into a tourist attraction with more than 1 million visitors a year. Furthermore, the entrance fee is used to support victims of Japanese military sexual slavery.

However, many of the plunder sites scattered across the country are still in a state of neglect and damage amid indifference.

In Incheon alone, there are no small number of bomb shelters, but they have never been formally investigated in detail.

Experts stress that the government needs to conduct a survey on the state of the entire nation’s exploitation sites and preserve them with consent from residents if the investigation results show that they are valuable remains.

“It is a heartbreaking place with an uncomfortable dark history, but it is time to use it as a valuable asset for peace and find a way to remember the scars forever,” said Jeong Hye-kyung, a researcher at the Forced Mobilization under Japanese Occupation and Peace Institution.