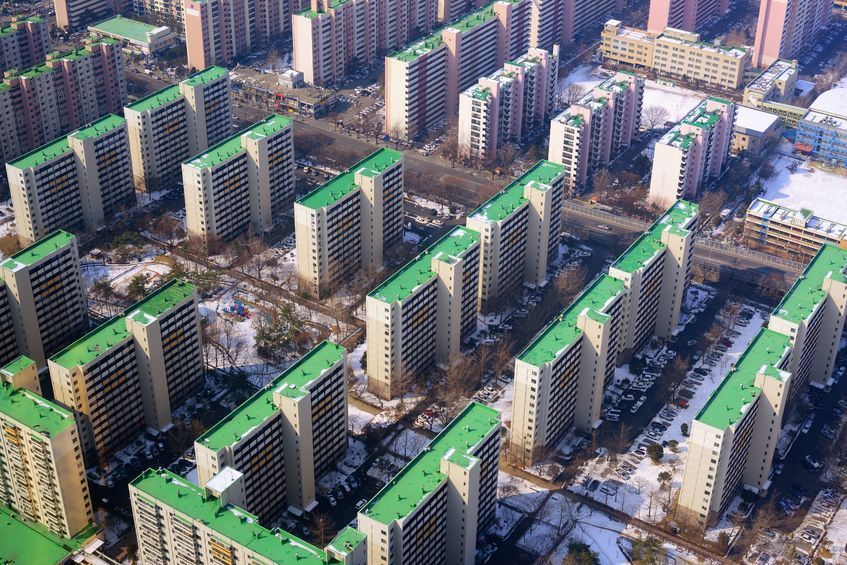 SEOUL, Mar. 2 (Korea Bizwire) — Purchasing a home may be the largest-ever financial transaction for many ordinary citizens, such as Han Jung-min, a 40-something office worker who dreams of settling down in the posh district of Gangnam in southern Seoul.

The problem facing such first-time homebuyers always boils down to timing — is it good idea to buy a home now or not?

Like other potential homebuyers, Ha has been tinkering with the idea, expecting home prices to face market correction.

Ha’s agony over when to make the plunge deepened as apartment prices in the affluent neighborhood of the capital city are showing no signs of a letup in their climb.

“It is hard to buy an apartment in Gangnam and even in other regions as prices are crazy,” Ha grumbles, adding that he had not expected apartment prices in Seoul to post such a steep rise in the past year. “I am not sure it is right time (to buy a home), and it is difficult to predict,” Ha says.

Apartment prices in the Gangnam district and some other neighborhoods have jumped on hopes of reconstruction projects moving forward and ample liquidity circulating in the economy, leaving many potential homebuyers increasingly nervous about further price increases. The total market value of apartments in Seoul increased nearly 100 trillion won (US$93.45 billion) last year to more than 860 trillion won, according to 114.com, a leading real estate website.

In particular, prices for apartments in Gangnam, generally regarded as the most expensive part of the city, jumped 13 percent to a total market value of 139.59 trillion won, according to data provided by R114.com.

Average home prices in the exclusive area have risen sharply in recent years, up nearly 40 percent in December from four years ago to 806 million won, according to data compiled by KB Kookmin Bank, a leading retail bank. That compares with the average home price of 490 million won in non-Gangnam areas of Seoul in December, which was up 29 percent over the same period.

The problem is that housing prices in Gangnam and other neighborhoods have continued to move upwards despite a set of price stabilization measures, including fresh mortgage curbs.

The Bank of Korea’s eight rounds of rate cuts since 2012 helped send home prices and household debt to record levels as more households took out loans to buy homes.

In December of last year, the central bank raised the key rate by a quarter percentage point for the first time in more than six years amid clear signs of economic recovery, but the move was not enough to curb borrowing.

Alarmed by the accelerating increase in housing prices, the government in August unveiled tighter mortgage rules and other anti-speculative measures in Seoul and other regions to cool off housing markets amid soaring household debt.

“New mortgage rules cannot affect much of the market, because there is enormous liquidity in the economy,” says Huh Yoon-kyong, a researcher at the Construction Economy Research Institute of Korea.

More recently, the government said it will only grant reconstruction permits to old apartment units that are deemed structurally unsafe, the strongest measure yet to tame runaway home prices.

Under the measure set to take effect as early as March, the government will raise the threshold of structural safety to 50 percent from the current 20 percent in assessing the overall safety of apartment units.

The latest move — the toughest action in about a decade — represents South Korea’s firm determination to rein in home prices by using all available policy options.

“Many people are expecting prices to go up further and they do not believe the government policy would work,” said Kim Tae-seop, a researcher at the Korea Housing Institute. “They have learned from the past that government interventions actually fuel spikes in housing prices.”

“There is the possibility of apartment prices in Seoul rising further due to short supply,” says Ham Young-jin, a researcher at R114, a provider of real estate transactions. “Due to low transactions, prices are continuing to rise.”

The government has been firm in taking on rising home prices as many households are already heavily indebted, which policymakers say could become a bombshell on Asia’s fourth-largest economy when market rates go up.

Household debt, including credit purchases, rose to a record 1,450.9 trillion won at the end of December, up 8.1 percent from the previous year, according to data compiled by the Bank of Korea, marking the slowest gain in three years.

Analysts say apartment prices will stay at current levels for the time being, as tougher taxes on multiple homeowners have a limited impact on the market.