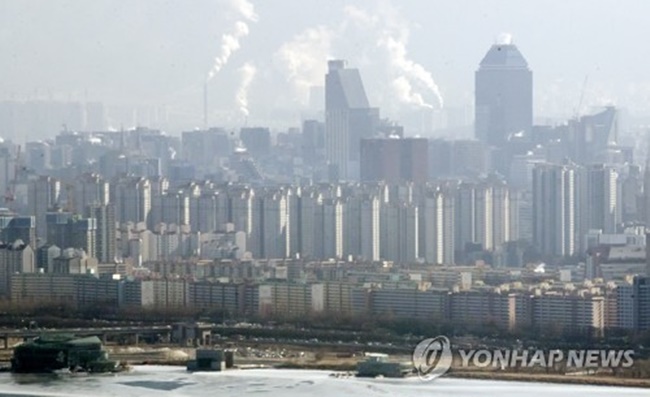 SEJONG, Jan. 31 (Korea Bizwire) – South Korea’s finance ministry said Wednesday it will push for a two-track real estate policy to deal with the spike in housing prices in the affluent areas of Seoul and withering markets in other parts of the nation.

The Ministry of Strategy and Finance said it will keep a close watch on the real estate market, as apartment prices in some neighborhoods have jumped on hopes of reconstruction projects moving forward, while housing prices in suburban areas are sliding due to strict regulations.

“The government will constantly monitor the real estate market, and push for measures customized for different regions, to promptly deal with an insecure market, including overheatings or slumps,” the ministry said in a report to the National Assembly.

Despite such actions, the total market value of apartments in Seoul increased nearly 100 trillion won (US$93.45 billion) last year to more than 860 trillion won, according to R114.com, a leading real estate website.

Prices for apartments in Gangnam, the most expensive part of the city, jumped 13 percent to a total market value of 139.59 trillion won, according to data provided by R114.com. The overall price in the entire southern part of Seoul increased 10.3 percent in 2017.