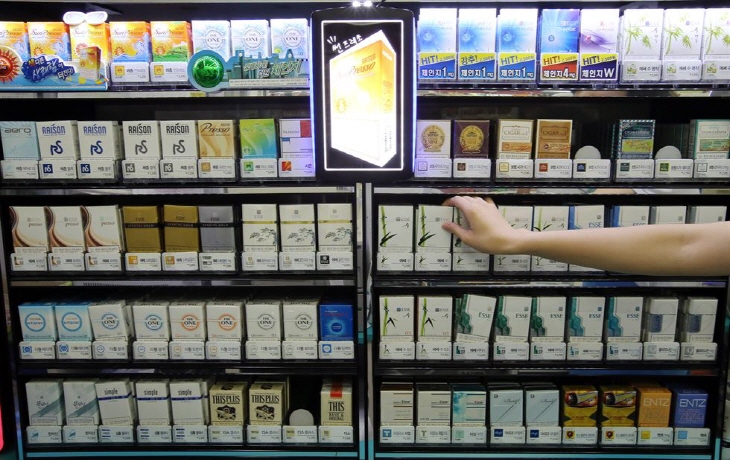 The Ministry of Health and Welfare revealed plans on Saturday to implement strong measures that would regulate the flavoring used widely in cigarette products.

The Ministry will be working alongside other government arms such as the Ministry of Strategy and Finance and the Ministry of Food and Drug Safety to pass three legislative bills currently proposed by the National Assembly that would ban or limit flavored cigarettes.

In other countries such as the U.S., Canada, and Brazil, the production and sale of flavored cigarettes are regulated.

But in South Korea, there are no laws in place governing cigarettes containing different flavors, aside from those that ban producers and importers from indicating text and photos on packaging.

The government has initiated such measures after it was revealed that even plain cigarettes contain various added flavors.

According to the Korea Centers for Disease Control & Prevention, a study carried out by Professor Shin Hosang of Kongju National University in 2016 and 2017 showed that 2 to 28 flavorings were discovered in all of the cigarette products surveyed.

Menthol, one of the ingredients used to produce a minty flavor, is known to numb the nerves to minimize the stimulation that users get when inhaling smoke.

As smokers inhale other dangerous substances in cigarettes such as nicotine, the chances of becoming addicted and being exposed to cancer escalates. Theobromine, an ingredient found in cocoa, expands the bronchus allowing nicotine to be absorbed in the lungs.

Marketing for flavored cigarettes primarily targets the younger generation. The various flavors included in the cigarettes make them taste better and lessen the stimulation. Research shows that once smokers start smoking flavored cigarettes, the chance of becoming a long-term smoker rises.

Professor Kim Huijin at Yonsei University noted that 65 percent of 9,063 people between the ages of 13 to 39 who participated in an online survey consumed flavored cigarettes.

Those whose first cigarettes were flavored ones were 1.4 times more likely to become regular smokers than those who started with flavorless cigarettes.

And more than 70 percent of smokers said that the flavor of their cigarettes of choice was an influential factor in trying them for the first time.