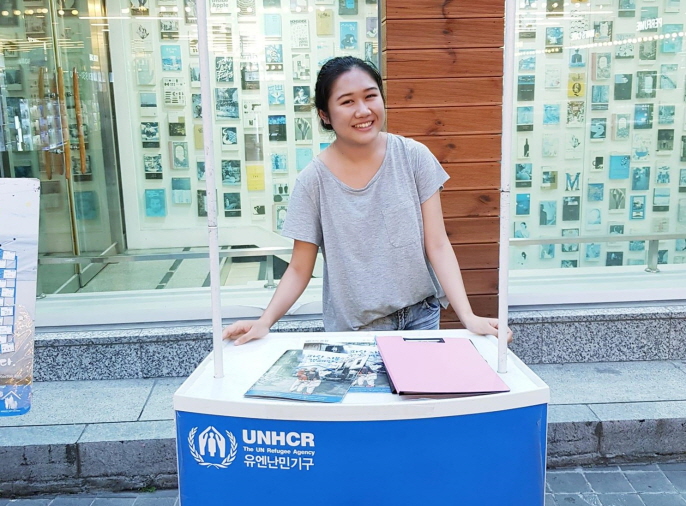 Ruamsap graduated from Chulalongkorn University, Thailand’s most prestigious university, and had been working as a social activist with a non-governmental organization called “New Democracy Movement.” (image: Yonhap)

SEOUL, Nov. 14 (Korea Bizwire) — The South Korean government has granted official refugee status to a Thai national for the first time ever, according to various Thai media outlets.

After being indicted in January for lese majeste, an offence against the dignity of a reigning sovereign or against a state, Chanoknan Ruamsap fled Thailand earlier this year.

Lese majeste, in Thailand, is imposed on anyone who is critical of the Thai royal family.

Ruamsap share a Facebook post discussing the case after learning asylum had been granted. If Ruamsap’s claim is true, she would be the first Thai to be granted official refugee status as a political asylum seeker in South Korea.

In her social media post, Ruamsap, who is said to be living in Gwangju at the moment, said that she was surprised that the decision to grant her refugee status had been made so swiftly.

Regarding the situation, the South Korean government is unable to verify whether anyone has been granted refugee status or reveal the identity of anyone involved.

Ruamsap graduated from Chulalongkorn University, Thailand’s most prestigious university, and had been working as a social activist with a non-governmental organization called “New Democracy Movement.”

She fled to South Korea in the middle of January after being charged with lese majeste for sharing a BBC Thai profile of the Thai King on her Facebook page.

Of the more than 2,000 people who shared the article, only two were charged under Section 112. The other, activist Jatupat Boonpattararaksa, is currently serving a 2.5-year prison sentence for the crime.

Immediately after receiving the letter of indictment, Ruamsap fled Thailand and headed for South Korea, where she knew she would be able to enter and stay for 90 days without a visa.