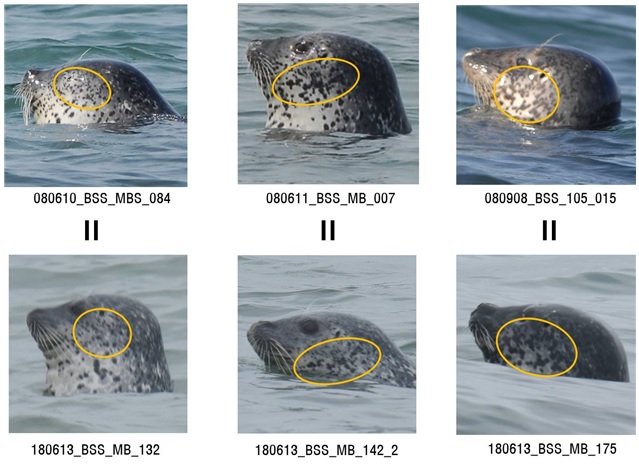 The Ministry of Oceans and Fisheries, after comparing 249 seals observed at Baengnyeong-do in 2008 and 21 seals spotted in June last year, noted that three seals were identical to the ones that visited the island 10 years ago.

The ministry has been tracking the numbers and migratory routes of spotted seals since 2006 to better understand the species.

The ministry has observed 316 spotted seals over four consecutive studies conducted between May and October of last year. 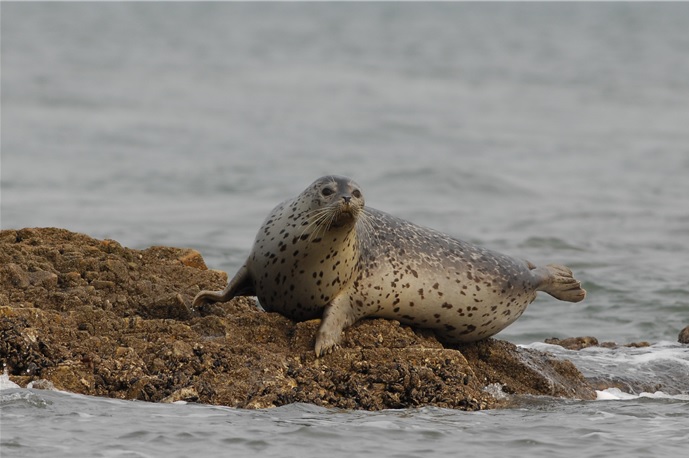 Observations have concluded that there is a low chance that the spotted seals will abandon their habitat. Outside of Baengnyeong-do, 11 seals were spotted in Garorim Bay in Southern Chungcheong Province.

“The spots on the spotted seals vary in shapes and sizes, and they do not change,” said the ministry. “We follow their spots to determine if they are newcomers or returnees to the island.”

“The fact that some seals have returned after 10 years is meaningful for our understanding of the species.”

The ministry built an artificial resting ground for the spotted seals on Baengnyeong-do last November.