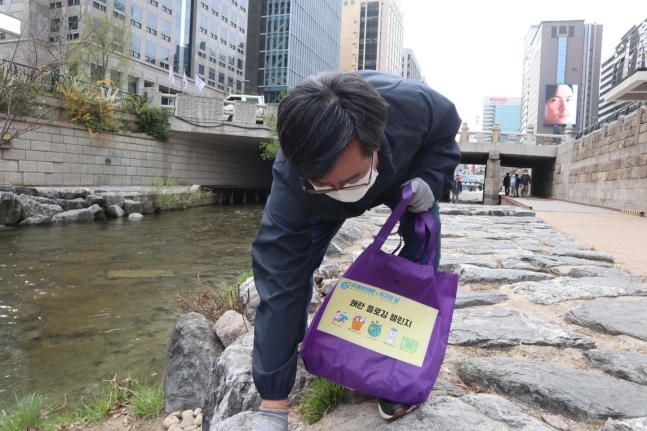 They were participating in the Plogging Challenge, which is being held worldwide in the leadup to the Earth Day on April 22.

Plogging is an act of picking up trash as participants engage in jogging.

A non-profit organization led by former finance minister Kim Dong-yeon has been leading a plogging challenge since April 7. 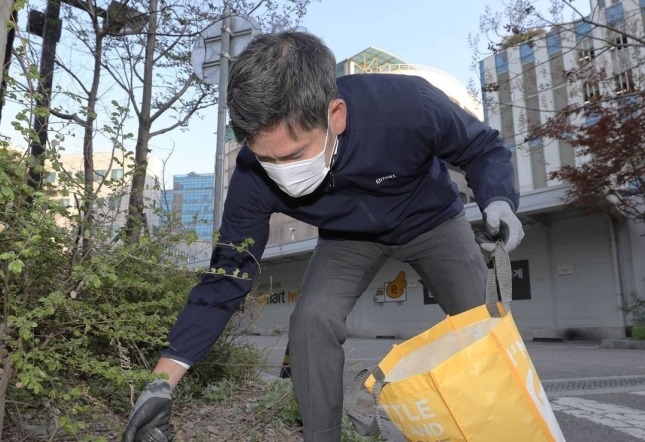 Sean, a South Korean rapper, also joined a different plogging challenge, with the 2.8 million won (US$2,500) collected as a sign-up fee from each of 56 participants donated to build a Lou Gehrig’s Disease Care Center.