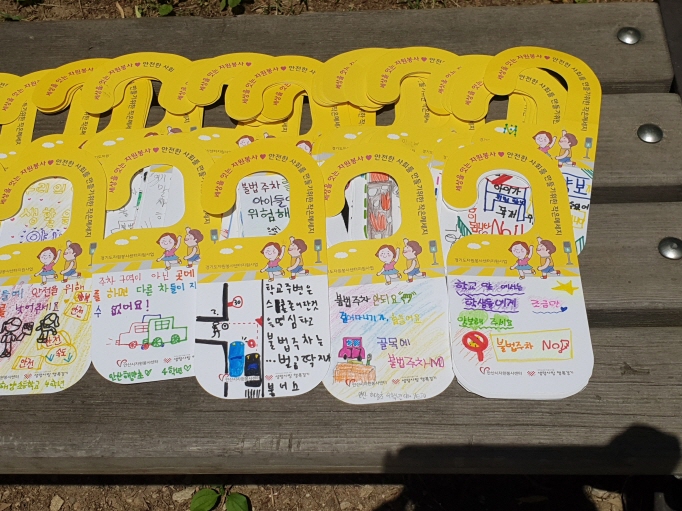 These are some of the slogans featured on stickers being posted on illegally parked cars in school zones in the city of Ansan in Gyeonggi Province.

Ansan, in tandem with the Ansan Volunteer Center, is posting stickers on illegally parked cars in school zones as part of its school zone safety campaign which began in April.

The campaign invites elementary school students to write down messages that they would like to tell the drivers of the illegally parked cars. 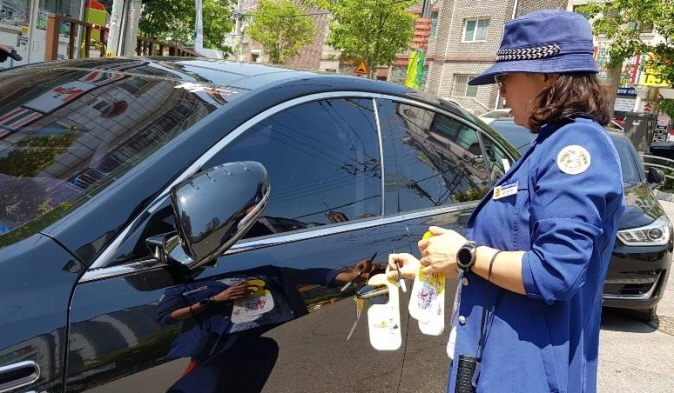 The messages are used to create specially designed stickers that volunteers post on illegally parked cars in school zones.

The purpose of the campaign is to bring children to advise adults on school zone safety, city officials said.