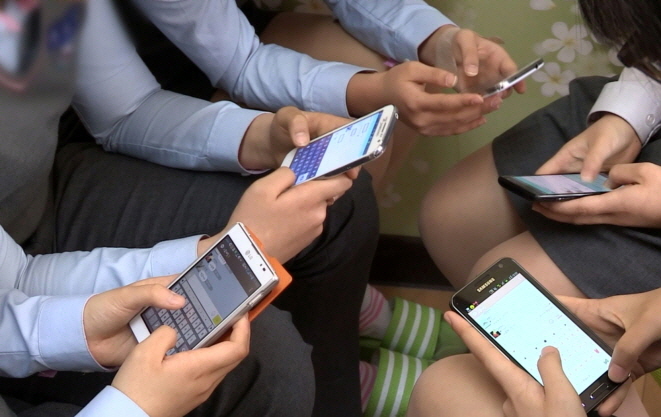 SEOUL, Dec. 2 (Korea Bizwire) — Internet usage time among teenagers in South Korea has doubled since the pre-pandemic era, with the increase largely attributed to the spread of contactless modes of engagement, a report said Thursday.

In the survey of 2,700 teenagers aged between 10 and 18 conducted by Gallup Korea, elementary and middle school students spent an average of 479.6 minutes on the internet each day, combining both smartphones and computers, the Korea Press Foundation said in a report.

Teenagers spent an average of 7.1 hours on the internet on weekdays and 9.1 hours on weekends, which is similar to the average amount of sleep among teenagers (7.2 hours) on weekdays, as reported by the Ministry of Gender, Equality and Family.

“It is not a foregone conclusion that teenagers are addicted to media, or that media is negatively affecting the state of their development,” the report said. “It is simply a fact that online has become the new norm for teenagers.”

“Teenagers communicate through mobile messenger KakaoTalk while they study and leave YouTube on as they go about their daily activities,” said Shin Yoon-jin, a senior official at the Korea Press Foundation.

“It is hard to say if they are using the internet exclusively.”