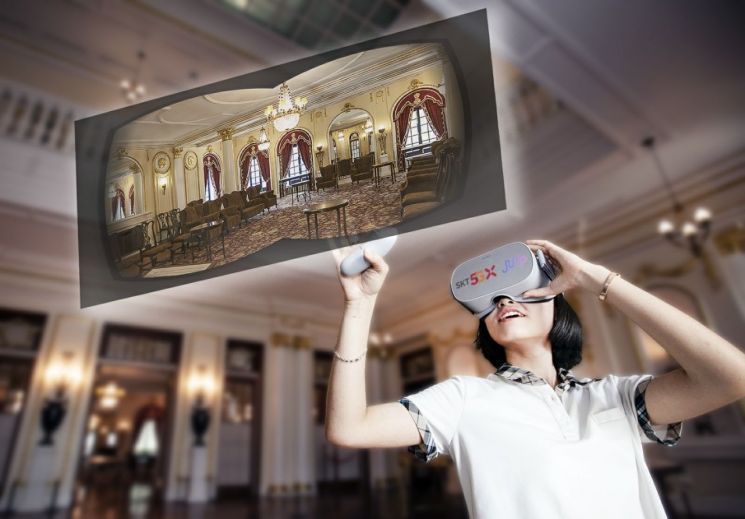 The rise of “untact” (no-contact) economy — a trend in acceleration since the onset of the COVID-19 era — is bringing beneficial changes to the media and e-commerce sectors in general, and has likely played a meaningful role in driving the wireless carriers’ good fortunes. (Image courtesy of SK Telecom)

SEOUL, July 13 (Korea Bizwire) –While most industries are reeling from the continuing fallout caused by the COVID-19 pandemic, local mobile carriers are expected to announce surprising earnings for Q2 over the previous year.

While growth in the number of 5G subscribers is slower than expected, decreased expenditures for 5G infrastructure buildup and marketing costs have contributed to ‘better-than-estimated’ performances for the period.

Moreover, the rise of “untact” (no-contact) economy — a trend in acceleration since the onset of the COVID-19 era — is bringing beneficial changes to the media and e-commerce sectors in general, and has likely played a meaningful role in driving the wireless carriers’ good fortunes.

According to Yonhap Infomax, a financial news and data provider, combined operating profits of South Korea’s major mobile carriers (SK Telecom, KT, LG Uplus) are expected to reach 864.2 billion won in the second quarter of this year, up 13.8 percent from a year earlier.

In the previous year, local mobile carriers had to increase their marketing costs by 10 to 20 percent from a year earlier, engaging in cutthroat competition, but the shock from the coronavirus pandemic helped to ease such intense competition, stabilizing the market.

In addition, fines related to illegal 5G subsidies have turned out to be lower than initially expected; the Korea Communications Commission, the industry regulator, recently imposed a fine of 51.2 billion won (US$46.7 million), while the nation’s three major carriers expected the fine would in the area of 70 billion won.

The prospect of growth in 5G subscribers is likely to bounce back in the second half of the year, according to industry sources, with the release of Samsung Electronics’ much awaited Galaxy Note 20 in August.