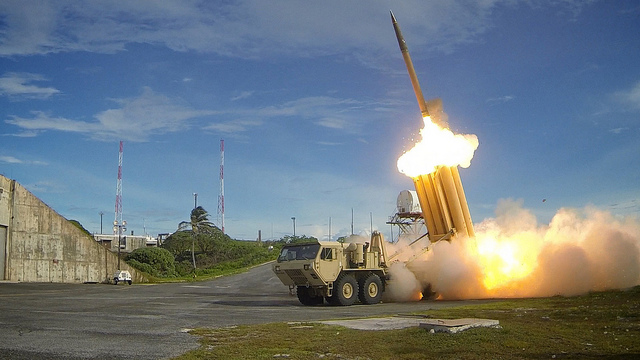 WASHINGTON, April 19 (Korea Bizwire) — The potential deployment of a THAAD missile defense unit to South Korea has become a “litmus test” for how Seoul is aligned between Washington and Beijing, according to a U.S. congressional report.

The Congressional Research Service made the point in a report published earlier this month and titled, “Ballistic Missile Defense in the Asia-Pacific Region: Cooperation and Opposition,” noting China’s outspoken opposition to a THAAD (Terminal High Altitude Area Defense) battery in the South.

“In one sense, the proposed THAAD deployment has become a litmus test for Seoul’s alignment between Beijing and Washington. Some observers in South Korea are concerned that angering China in this dispute would have negative ramifications for ROK-China relations,” the report said.

The CRS report said China is concerned about radar capabilities of the THAAD system.

“Beijing appears to be concerned that the U.S. military may — even for short periods — configure the THAAD radar in ‘look mode’ and rotate it to greatly increase its coverage over Chinese territory, which some Chinese consider a form of ‘spying,’” it said.

However, American officials have dismissed the Chinese worries, saying such a configuration would nullify the ability of the THAAD system to intercept missiles from North Korea, the purpose of deployment, according to the CRS report.

“U.S. defense officials assert that the THAAD system will be configured in ‘terminal mode’ (or engagement mode) to optimize its ability to identify ballistic missile launches in North Korea and intercept them before they reach targets in South Korea,” the report said.

“This mode has a shorter radar range and would therefore not have much coverage over Chinese territory, except perhaps for areas near the border with North Korea,” it said.

Since Gen. Curtis Scaparrotti, commander of U.S. Forces Korea, first raised the need last year for a THAAD deployment to the South, the proposed deployment has been one of the most sensitive defense and political issues in South Korea as China and Russia have expressed strong opposition to such a deployment.

Supporters say the advanced missile defense unit is necessary to meet ever-growing missile and nuclear threats from North Korea, while opponents claim mid- and low-altitude missile interceptors are enough as the North is unlikely to attack the South with such high-altitude missiles.

The CRS report also noted that South Korea has other concerns surrounding the issue, such as affordability of buying its own THAAD system from the United States and the effectiveness of THAAD against North Korean missiles.

“Although the U.S. government has not proposed that South Korea purchase THAAD, some political opposition figures in Korea nevertheless claim that a potential U.S. deployment is part of a campaign to convince the ROK government to bear some of the costs,” the report said.

“Seoul may also be wary of THAAD as a backdoor into the U.S.-led regional (ballistic missile defense) system, in which some Korean leaders are reluctant to participate fully.”