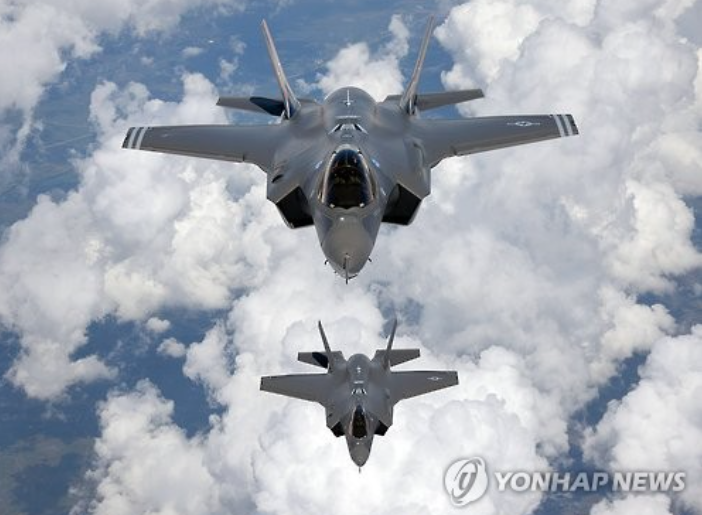 This photo taken on Nov. 3, 2016, and provided by the U.S. Department of Defense shows two F-35As in flight. South Korea has bought 7.4 trillion won worth of the fighter jets from the U.S. in a recent deal. (image: Yonhap)

SEOUL, Jan. 16 (Korea Bizwire) – The United States sold more than 36 trillion won (US$30.58 billion) worth of weapons to South Korea over the past decade, government data showed Sunday, the latest sign underscoring Seoul’s heavy reliance on its key ally for defense.

For 10 years through October 2016, South Korea purchased U.S. weapons valued at 36.04 trillion won — an amount equal to 95 percent of the country’s defense budget last year — according to data from the defense ministry and the state defense acquisition agency.

“It is hard to provide the value of weapons we purchased from the second-biggest seller because we’ve bought most of our defense-related equipment from the U.S.,” an official from the Defense Acquisition Program Administration said, without naming the No. 2 seller.

In the stated period, Seoul bought 26.96 trillion won worth of U.S. weapons under the foreign military sale arrangement, which requires the U.S. government to oversee the selection of contractors and guarantees the quality of the work to a foreign government. The remaining 9.07 trillion won in deals involved direct contracts reached with weapons manufacturers, the data showed.

South Korea has for the most part acquired U.S. weapons to help with the interoperability of weapons system between the militaries of the two countries. South Korea also allocates a large sum to stationing U.S. troops on its soil.

Last year, Seoul paid 944.1 billion won to the U.S. as part of sharing the cost of keeping American troops in South Korea, the defense ministry said.

The Seoul-Washington defense treaty had initially put the burden of financing U.S. defense activities solely on Washington. The allies then inked a cost sharing deal that has been renewed intermittently.

Currently, about 28,500 American troops are stationed in South Korea to provide deterrence against North Korea amid Pyongyang’s growing nuclear and missile threats.

Separately, Seoul spent an estimated 10 billion won last year on operating the Korean Augmentation Troops to the U.S. Army, a unique military system under which South Korean soldiers work with their American counterparts, the ministry said.

South Korea plans to shoulder 8.9 trillion won to help expand the U.S. military base in Pyeongtaek, 70 kilometers south of Seoul, by December. The U.S. side plans to inject 8.2 trillion won into the construction project, it said.

“We are planning to explain the government’s current payments and contributions to support U.S troops here to the incoming Donald Trump administration,” a ministry official said.

During his presidential campaign, Trump argued that South Korea should pay a fair share of the cost for U.S. troops stationed in the country, even warning that the U.S. could pull out its troops unless Seoul agrees to pay more.