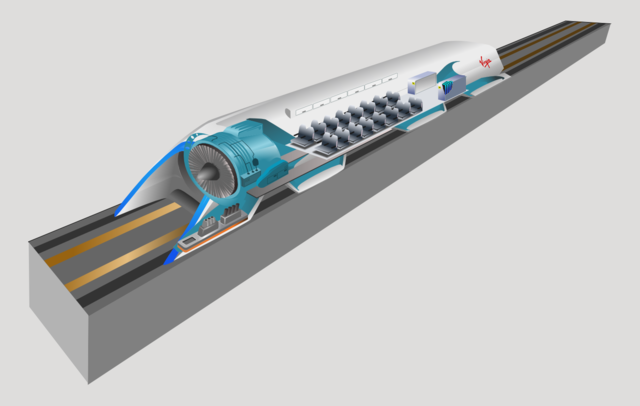 ULSAN, July 21 (Korea Bizwire) – Ulsan National Institute of Science and Technology (UNIST) announced on July 21 that it would explore hyperloop technology first suggested by Elon Musk in 2013 to develop a futuristic ‘Dream Train’ that could connect Seoul and Busan in less than 16 minutes.

To participate in what has become a global research trend and highlight the institution’s research focus on hyperloop technology, UNIST held an international symposium on July 21 at its campus located in Ulsan.

Hyperloop refers to a train system in which a capsule carries passengers or cargo through vacuum tubes. Air resistance is minimized in the tube, and trains can travel at a maximum speed of 1,200 km/h, four times faster than KTX trains.

UNIST will receive 1.4 billion won ($1.2 million) in research funds for the next five years, dedicated to professors and research teams from mechanical and nuclear engineering, electrical and computer engineering, and design and human engineering to jointly develop the new technology.

The research will be focused primarily on reducing air resistance – the core technology of hyperloop systems – and a train propulsion system. For air resistance reduction, the research team will design an air compressor that will be installed at the front of and inside the trains.

Magnetic levitation will be used to provide a ‘lifting’ force so that trains can move inside the vacuum tube while floating in the air. A solar power battery that can be installed on the top of the tunnel will also be developed, since magnetic levitation technology requires an extensive power supply.

During the first year of the research, UNIST will firmly establish the research concept and direction. For the second and third years of the project, a detail design will be completed with the goal of completing a performance test by the fourth year and an actual model by the fifth year.

“Having teams collaborate with other research institutions such as the Korea Institute of Machinery & Material, UNIST’s competent research teams will pursue leading positions in  hyperloop technology at the global level,” said Jung Moo-young, dean of UNIST.