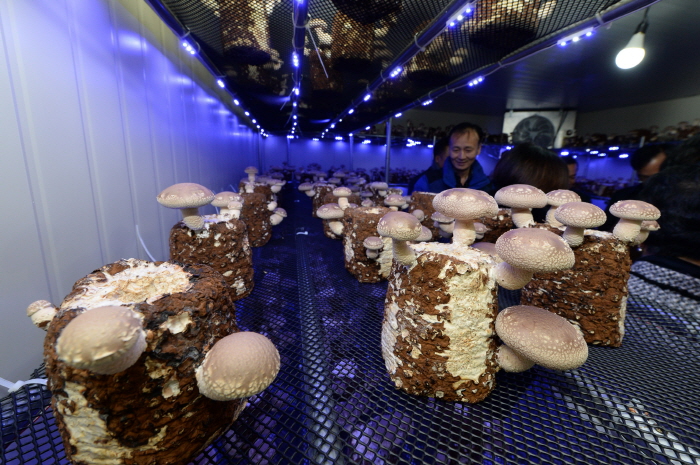 According to Gwangju’s Gwangsan District on Wednesday, the district will expand an underground mushroom farm in public housing that opened in December last year.

The district has secured an additional 56 square meters of space next to the existing mushroom farm from the Gwangju Metropolitan City Corporation (GMCC).

The district expects the farm to become a village company if it expands its mushroom cultivation facilities.

Since the previous cultivation was done in such a small space, the harvest yield was low and the mushrooms that have been produced have been shared with neighbors living in public housing.

The profits from partial sales were used to buy materials.

With the help of the GMCC, the Gwangsan District has refurbished the basement of the commercial district of public housing, which had been empty for 10 years, as a social and agricultural space.

It has created mushroom cultivation rooms, bacterial culture rooms and mushroom redistribution in about 40 square meters of space.

Currently, 12 residents have entered the Mushroom Cultivation Technical Institution as students and are being trained as urban farmers.

Most of them are recipients of basic livelihood security and are in the lower income bracket.

Official at the Gwangsan District reported that as many people, as well as residents of apartments, want to work at the mushroom farm, it needs more space. The district is thankful to GMCC for solving the difficulties.