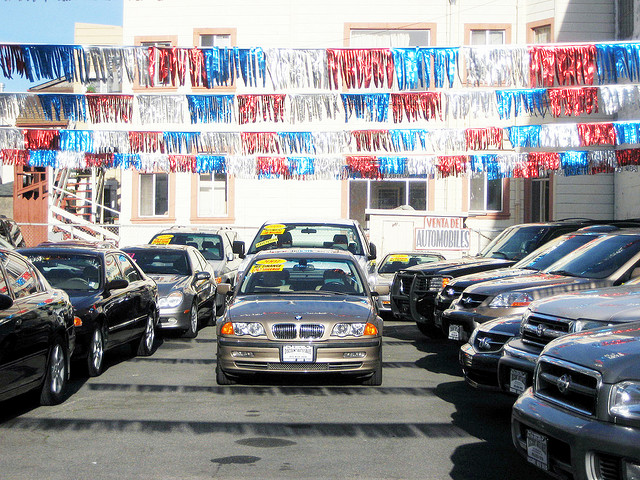 As used cars are sometimes smuggled into other countries or used in crimes, the government is determined to eradicate practices that might trigger such activities. (image: Todd Lappin/flickr)

SEOUL, May 20 (Korea Bizwire) — The Korean government is set to mark used cars with a red license plate and apply a three-strikes law to used car dealers who swindle their customers, according to congressman Kim Seong-tae who presented plans on May 18.

As used cars are sometimes smuggled into other countries or used in crimes, the government is determined to eradicate practices that might trigger such activities.

Cars in the used car market will not have a conventional white-background license plate. They will be marked with a red-background plate. After sales and registration are complete, the car will be eligible for a white license plate again.

Any dealer who has been caught lying about a used car’s accident history and mileage three-times will be expelled from the industry altogether under a three-strikes system.

Such dealer’s superiors will also be subject to business suspension lasting up to 6 months. Operation of businesses under the names of family members or employees during the suspension will also be prohibited.

These measures are set to take effect by early 2016.