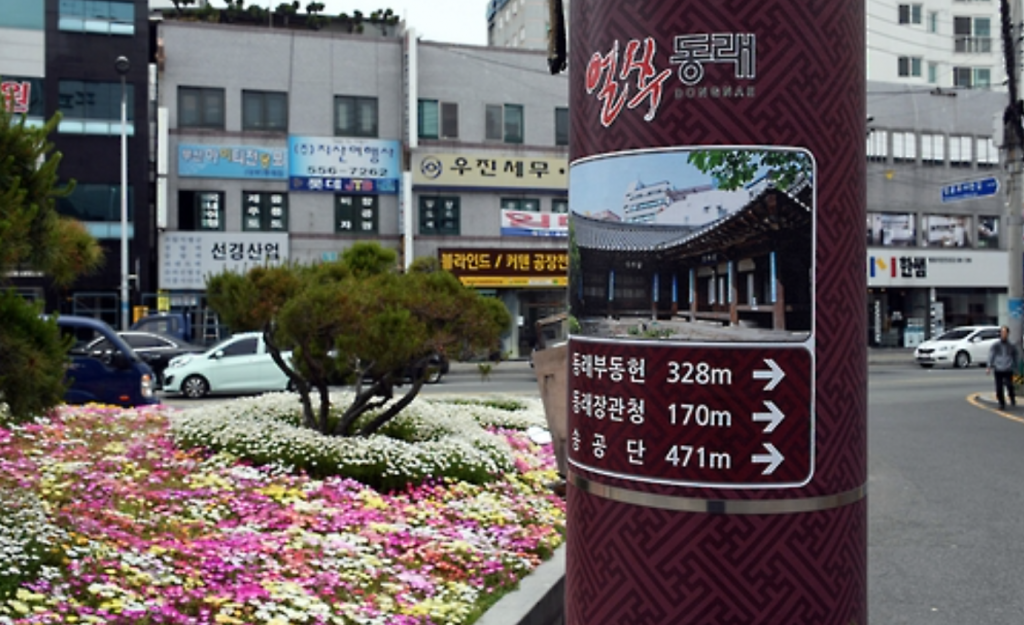 SEOUL, Dec. 12 (Korea Bizwire) – Ubiquitous but mundane electrical infrastructure such as utility poles and electrical enclosures (cabinets) are getting makeovers with writing and paintings to help improve urban landscapes.

The name of the project was taken from a poem of the same name by local poet Ham Min-bok, which includes the line “I wished the utility poles and their wires were lifted with morning glory, bindweed, wisteria, and gourd flowers”.

The project focuses as much on the looks of the equipment as it does on their function. Various forms of electric poles have been introduced so far to encompass poetry, street directions, and school zone signs to better facilitate the lives of neighborhood residents.

KEPCO’s Dongnae District (Busan) branch covered the area’s electrical cabinets with paintings and poetry with the contribution of poets, including Ham, while electric poles in Busan’s Wolpyeong Village, which KEPCO designated this year as one of its energy self-sufficient towns, were redesigned with artwork and poems by the village’s elementary school students.

“We’re redesigning electrical equipment with an eye on intimacy, not aversion,” said a KEPCO official. “We’ll be coming up with a greater variety of projects to improve city landscapes using such equipment.” 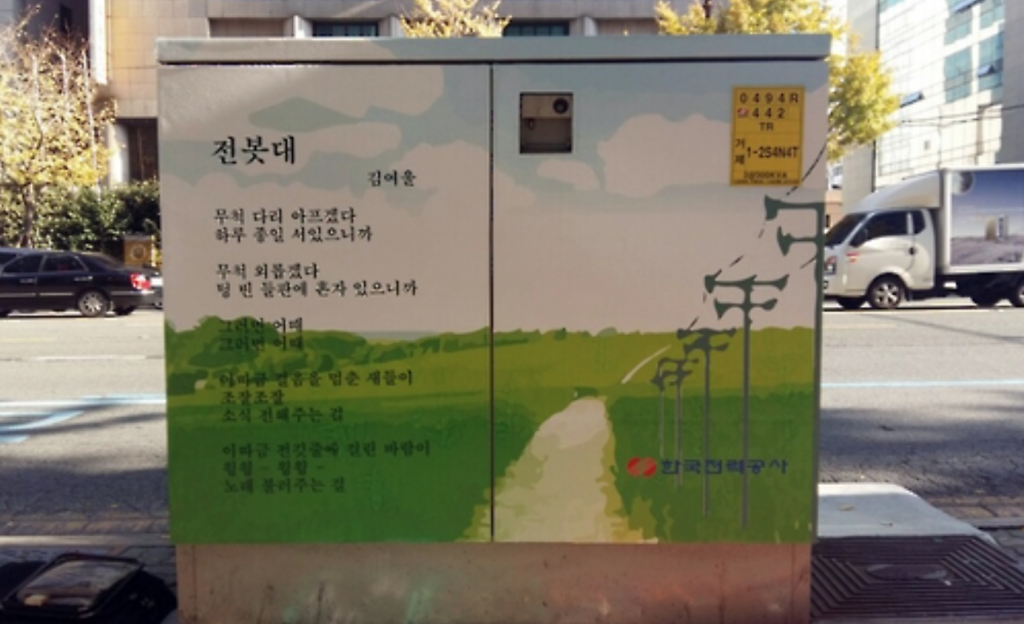 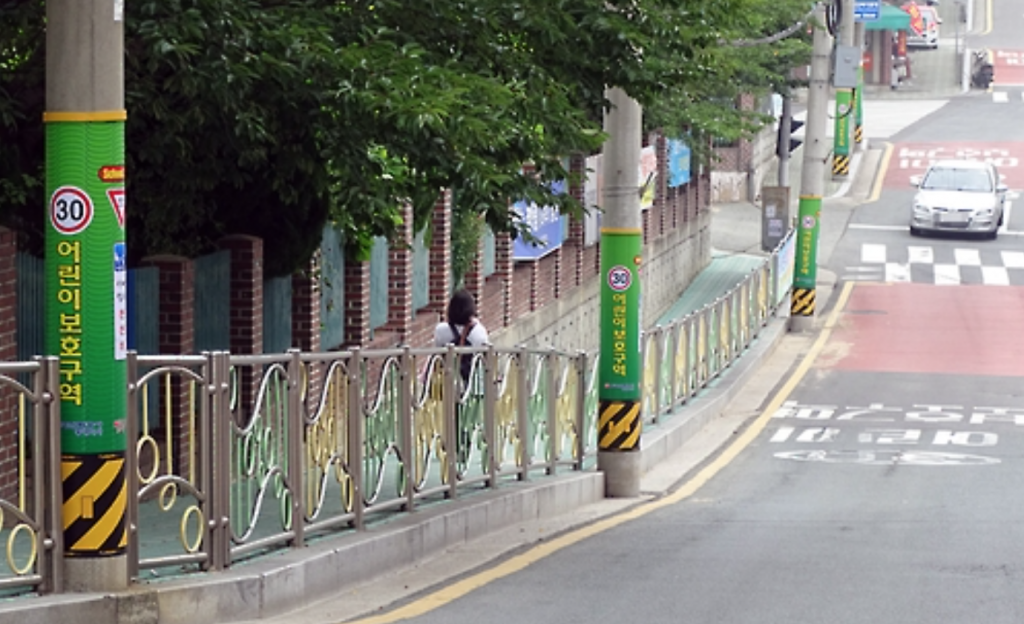