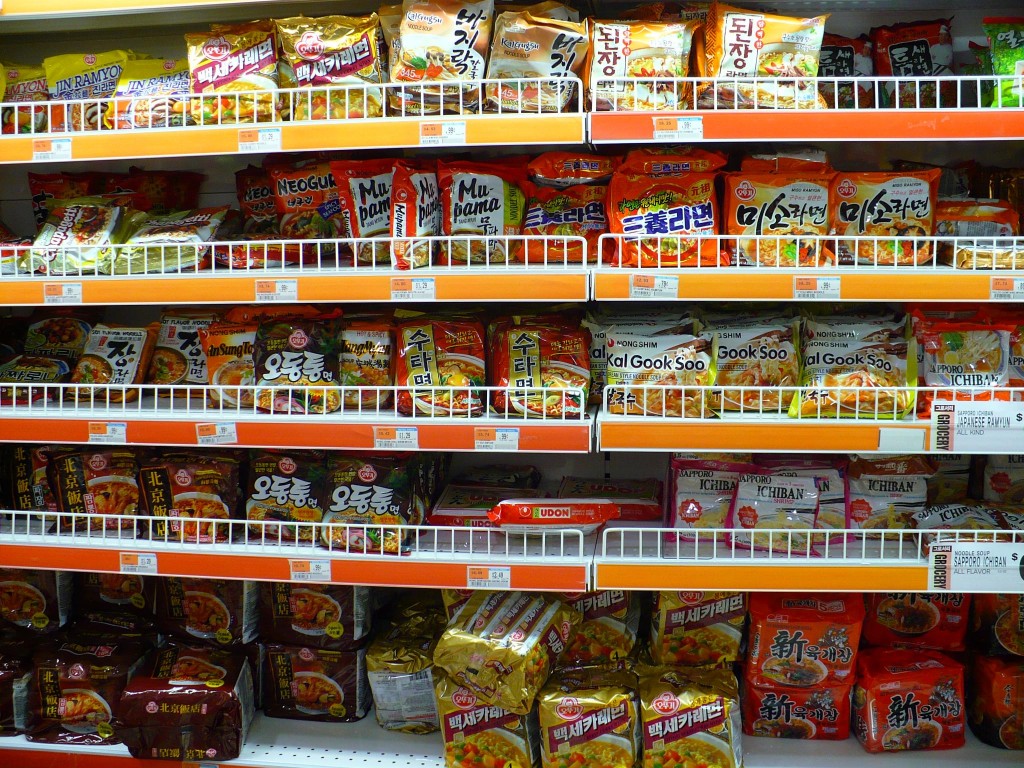 The key to winning competition lies in captivating the taste bud of teenagers and those in their 20s, the biggest ramen consumers. (image: Wes Bryant/Flickr)

SEOUL, Korea, Mar 22, 2014 (Korea Bizwire) –The famous Korean ramen industry has fallen into distress. After the overall revenue of ramen reached 2 trillion won, the sales curve just doesn’t seem to go up any higher. While the formidable Nongshim brand accounts for 65 percent of the market share, the number two and three ramen makers, Ottogi and Samyang, would never go unnoticed. With domestic demand at its top, competition is ever fiercer to a degree that one company’s fall immediately means the others’ rise.

The key to winning competition lies in captivating the taste bud of teenagers and those in their 20s, the biggest ramen consumers. The problem is that young Koreans are not intrigued by traditional ramen soup taste anymore. The ramen makers are thus coming up with their own creative solutions in order to appeal to the younger crowd.

Samyang is making a bid for victory by offering an extra-spicy taste. Its flagship item is “Fire Chicken Fried Noodle.” Based on the Scoville scale, the hot sting of Fire Chicken Fried Noodle reaches 4,400 SHU which is equivalent to that of a super-hot Cheongyang chili pepper. Such a taste may be too much for the traditional ramen lovers, but the young generation seems to appreciate this new approach.

A former British exchange student who has gone back to his home country named Josh has made a great contribution to this Fire Chicken Fried Noodle craze with his YouTube video, “Fire Noodle Challenge” which recorded 1.5 million views. Samyang is reportedly planning to send several boxes of new ramen to Josh as a token of the company’s gratitude. 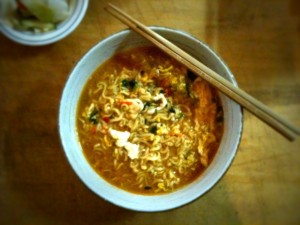 Ottogi is fighting back with the company’s choice of Hyunjin Ryu, a Korean starting pitcher for the Los Angeles Dodgers as the spokesperson for the bestseller “Jin Ramen.” The TV commercial series, in which the Major League lefty indulges in a bowl of steamy ramen soup, have turned out to be very successful. An Ottogi official said, “The commercials featuring Ryu will become even more successful in synergies upon beginning of the new season of the Major League Baseball.”

The crowned market leader Nongshim is taking advantage of the so-called “Modisumer” trend in which consumers cook different ramens together to create a whole new taste. The new combination in the spotlight is “Opagetti,” a mixture of Champong Noodle Soup and Chapagetti. Nongshim is hoping to revive last year’s glory of “Chapaguri,” the Chapagetti and Neoguri (spicy tanuki udon) hybrid.